Are some thorny plants para-carnivorous towards large animals?

People think I'm joking when I call brambles carnivorous plants, but before you sneer, just look at the evidence.
If no one rescued this lamb, it will be dead in a couple of days.
Click to expand...

The clip points out that the thorns point inwards


Video
Carnivorous Sheep-Eating Plants - YouTube
An exotic "sheep-eating" plant, so-called because it kills and "eats" sheep, has bloomed for the first time at the Royal Horticultural Society's Garden Wisley in the U.K.

The plant, known formally as Puya chilensis, has been at the garden for 15 years. In that time, it has reached a height of 10 feet and grown its signature base of razor-sharp, hook-shaped spines.

Per a BBC report, in its native habitat of Chile, the plant uses the spines to ensnare sheep and other small animals. After they starve to death and decompose, the animals nourish the plant through the soil, acting as a gruesome fertilizer.
Click to expand...

It's huge and spiky and about to bloom in Surrey.
By Dan Nosowitz Posted June 21, 2013
Most plants that have spines, like cacti, use them for protection, but it's theorized that Puya chilensis actually uses them for hunting... scientists believe that the spikes trap animals with thick fur, like sheep, which then starve to death, fall to the ground, and decompose at the base of the plant, providing highly rich, localized food for the plant. It's gruesome as hell.
Click to expand... 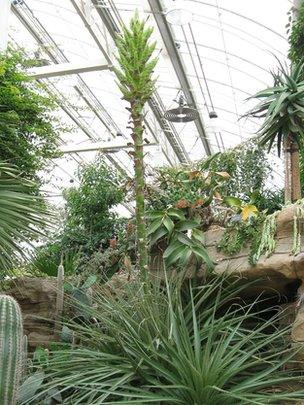 The National Botanic Garden of Wales waited 11 years for its plant[Puya chilensis] to bloom, though clumps bloom every April in the open on Tresco in the Isles of Scilly.

The plant has bright greeny-yellow flowers on tall spikes above the razor-sharp spines.
Click to expand...

RHS 'sheep-eating' plant about to bloom in Surrey - BBC News 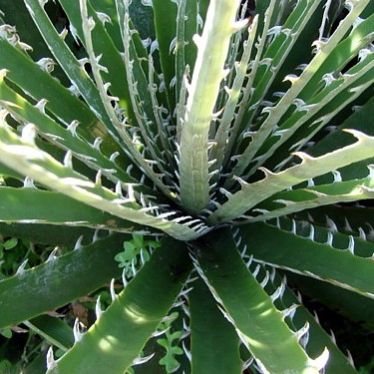 A photo of a bigger plant:
https://upload.wikimedia.org/wikipedia/commons/1/16/Puya_chilensis-2.jpg

What do you think?

Personally I do not consider these plants carnivorous. While the plants may benefit from animals that get caught on their spines and die, they have no specific attraction to these animals or any special adaptation to digest or absorb the nutrients. The plants also do not require the prey to grow well, and likely do not obtain a significant amount of their daily nutrients from these animals.

I know some people argue that the inward-hooking thorns on the puya are an indication that the plant is adapted to trap animals, rather than a simple defense against predators, but I see it as another form of defense. After all animals like sheep and goats will mow down thorny plants like they're just grass, but the hooks snagging on their wool will make them think twice about it (well maybe not in the case of sheep, they're pretty stupid as you can see in the bramble video.)

I'd have to agree with Nim. There is no attractant nor specialized means of digestion/absorption. Furthermore, animals -- even not so intelligent ones like domesticated sheep -- do not get tangled up/trapped by such plants on a regular basis. Such an occurrence is almost undoubtably the result of the animal attempting to flee from a perceived threat.

Inward pointing hooks/thorns can be found on other plants, too, not to mention that in any thicket of bramble type flora --roses for example -- it can be argued that there are inward pointing thorns. For that matter, male deer have been known to occasionally get their antlers stuck in a thicket of shrubs or other plants. Should this, then, be interpreted as a move toward carnivory by the plants in question?
Last edited: May 12, 2016

I agree. It most defiantly may benefit from "catching" sheep, but has made no move to voluntarily use them as a major food source. Say for instance, drosera burmannii, it NEEDS prey to survive long-term, but these do not.

A term sometimes used for plants like Puya is "murderous" plants; if and when they catch animals, it's mostly due to a manner of defense or accident, and results in any nutrient uptake being simply from decomposition and absorption through the roots as would occur with any plant that happened to have an animal die near it. Other examples can include the seedpods of the Ibicella and Proboscidea group, or Eucnide (i.e. desert stingbush).
For a plant to be considered carnivorous (or at least para-carnivorous), generally the means of nutrient uptake is seen through the leaves themselves (I cannot offhand think of a single carnivorous species that uses anything other than modified leaves), as others have mentioned there is some means of prey attraction that is purposeful (even the debated species like Roridula still attract prey via the resinous dewdrops mimicking nectar), and digestion occurs either via the plant itself producing enzymes or via mutualistic organisms like assassin bugs, insect larae or bacteria. Additionally, there is usually a benefit in the form of at least a 16-50% increase or more in one or more major elements needed for growth, often nitrogen and phosphorus.

Hcarlton,
I think genlisea or another plant uses lobster pot traps in its roots.

Of course they are. 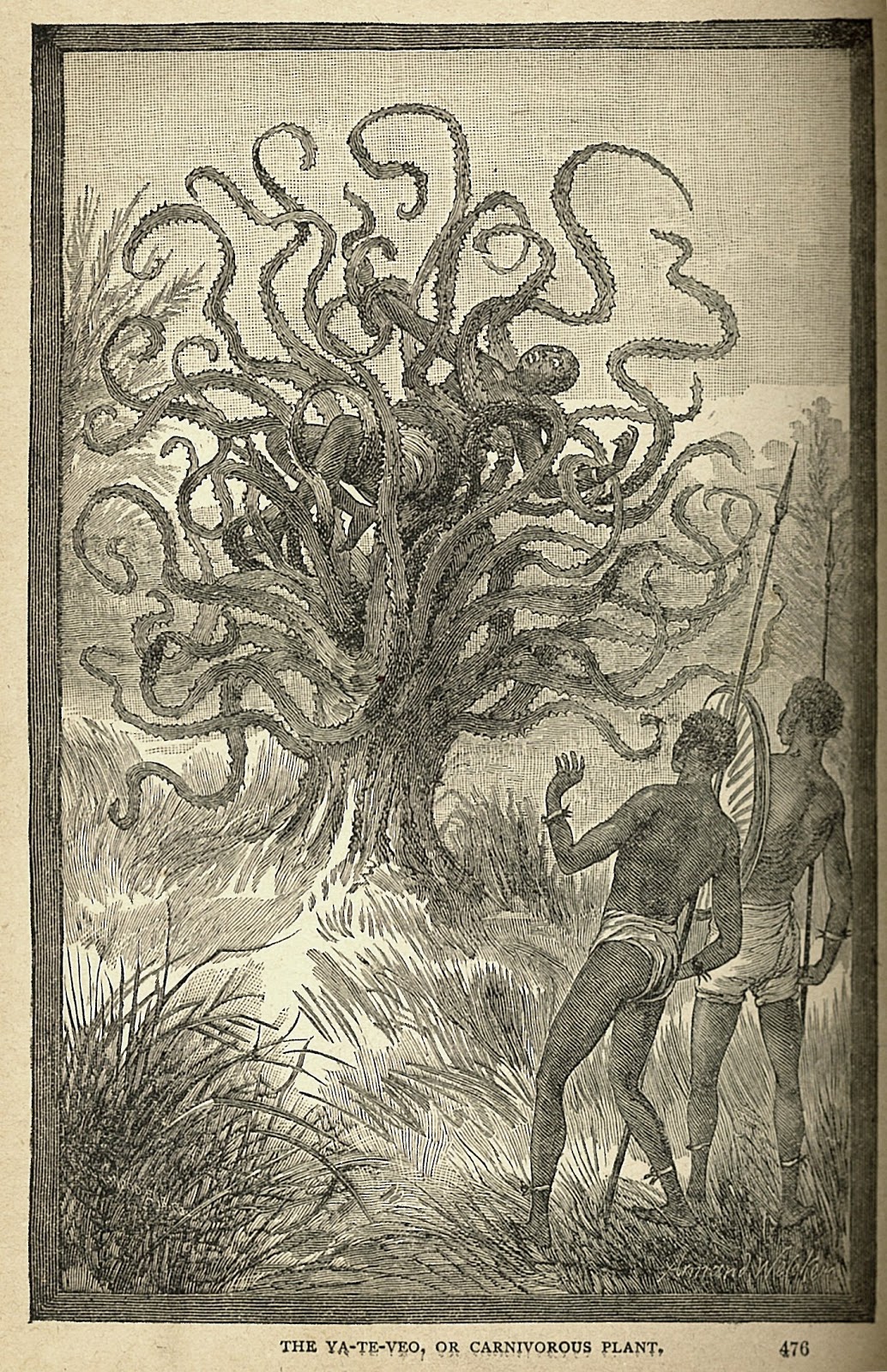 rakovsky said:
Hcarlton,
I think genlisea or another plant uses lobster pot traps in its roots.
Click to expand...

Just like Utricularia, those are anatomically leaves, not roots. Neither of the genera grow roots at all, actually.

Not even the terrestrial utricularia?

DragonsEye said:
Not even the terrestrial utricularia?
Click to expand...

Nope. Utrics are just a big mass of stems, leaves, and stolons (and in some cases tubers.) The parts of the plant under the surface may serve similar functions to roots (such as aborbing water) but they are not.
Last edited: May 13, 2016

And when it comes to Utricularia, what we call "leaves" are actually modified stolons; the bladders are the only true leaves.

The plants lack roots, although the subterranean traps perform many of the functions normally performed by roots, such as anchorage and water absorption.
Click to expand...

Genlisea - Wikipedia, the free encyclopedia
A

S
BACPS at SF Flower and Garden Show in March