I have a question on how do you contract Sporotrichosis. Do you get it from handling the Sphagnum peat moss or the long fibered sphagnum moss? After hear about this disease from my friend. I'm now very worried about handle it now. Can anyone help clear things up about this?

Of all the CPers out there I think I have only heard of 1 case so I really doubt you have to worry. In theory it could come from both but the latter is the one most associated with it. Check Barry Rice's FAQs for more info on it.

It can be if the infection goes systemic which it often does.

The cause of the infection is spores of the fungus in dried sphagnum or sphagnum peat moss entering the skin through a cut or lesion or from inhaling the spores.

Look for a non-healing non-painful blister at the infection site. Treatment is potassium based, which goes on for months. Not very pleasant from the taste and side-effects and can't be used if you have bad kidneys or some heart conditions.

Using the power of Google.

"A new drug, itraconazole (Sporanox), is now the first choice for treatment because it causes fewer side effects than potassium iodide...."

Whats it to ya?

I know of several people who have contacted this, so it is not too terrebly rare.

Just be sure to wear gloves when you handle sphagnum, and try to avoid inhaling it. Wash your hand with soap and water when your done, especially if you have any cuts. In most cases it's not deadly as long as you get the proper treatment if you've been infected. I wouldn't fret though, you're chances are probably pretty slim if you're carefull
hope this helps

Do anyone have a picture on what the infection look's like. So in the future I know what to look for. nepenthes_ak yes this disease is dangerous, it can kill you. Here the link to the place Pyro recommend: http://www.sarracenia.com/faq/faq3880.html
F

I'm sorry but the 2 photos used in that article look like some of the "Creatures Who Crawled Out Of the Swamp" in other words not real.
Lois

It's been one of dem days

Did they contract it from handling sphagnum peat though?

These are no joke.

i dono man... if its contracted through the lungs how can it cause the whelps on your skin?? im not doubting its true...i just cant see how it gets from your lungs to your skin.
Alex

Days to weeks after cutaneous inoculation of the fungus, a papule develops at the site of inoculation. The primary lesion can become nodular, but most often, it ulcerates. The drainage is not grossly purulent and has no odor, and the lesion is not terribly painful. Similar lesions subsequently occur along the lymphatic channels proximal to the original lesion. A fixed cutaneous lesion that is verrucous or ulcerative and that is not associated with lymphatic extension can also occur.62

Pulmonary sporotrichosis occurs most often in middle-aged men who have COPD and abuse alcohol.63 In contrast to most forms of sporotrichosis, systemic symptoms, including fever, night sweats, weight loss, and fatigue, are common. Dyspnea, cough, purulent sputum, and hemoptysis are common respiratory symptoms. A chest radiograph shows unilateral or bilateral upper-lobe cavities with variable amounts of fibrosis and nodular lesions.

Osteoarticular sporotrichosis is found most often in middle-aged men and occurs more frequently in patients with alcoholism.64 Although some patients experience osteoarticular involvement after local inoculation, this form of infection most often develops through hematogenous spread. Infection may involve one joint or multiple joints. The joints most commonly affected are the knee, elbow, wrist, and ankle. Isolated cases of bursitis and tenosynovitis, sometimes presenting as nerve entrapment syndromes, have been reported.

S. schenckii has rarely been reported to cause localized infection of the meninges, pericardium, eye, perirectal tissues, larynx, breast, epididymis, spleen, liver, bone marrow, or lymph nodes.60 Disseminated sporotrichosis is very uncommon, with cases occurring primarily in patients with advanced HIV infection. Most patients have widespread ulcerative cutaneous lesions and may or may not have visceral dissemination.

Stay chooned in for more!

Yay! Our hobby can kill us!

Perhaps someday I may wake up a cockroach and get eaten by my hobby...

Are there any reports or studies that indicate if any brands of peat/LFS or any collection/cultivation sites have an increased rate or increased tendancy of the fungus contamination?


I guess this is how our protocol must be when top dressing our CP's with LFS from now on... 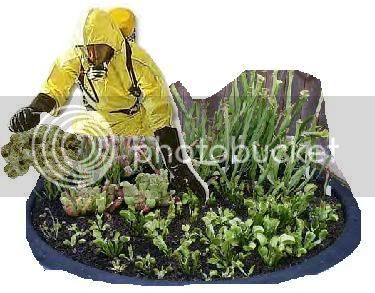 From the article I referenced previously:

The dimorphic fungus Sporothrix schenckii is found worldwide. The environmental niches for the organism include sphagnum moss, decaying vegetation, hay, and soil. Infection is seen most often in persons whose vocation or avocation brings them into contact with the environment. Landscaping, rose gardening, Christmas tree farming, topiary production, baling hay, and motor vehicle accidents have all been associated with sporotrichosis.56,57 Less commonly, pulmonary sporotrichosis results from inhalation of S. schenckii conidia from soil. Cases of sporotrichosis usually occur sporadically, but outbreaks have been described. The largest outbreak in the United States involved 84 patients in 25 states and was traced back to conifer seedlings that had been packed in sphagnum moss from Wisconsin.56

S. schenckii can also be acquired through exposure to animals that are either infected or are able to passively transfer the organism from soil through scratching or biting. A variety of animals have been reported to transmit sporotrichosis, but cats with ulcerated skin lesions appear to be the most infectious. Clusters of sporotrichosis involving families and veterinarians caring for infected cats have been described.58,59
Click to expand...

I read somewhere that it's only dry sphagnum (and peat) that seems to be a problem. I guess the wet or the acid from the sphagnum/peat kills the spores eventually.

Actually that is Bruce Campbell in Evil Dead I believe. Or maybe Army of Darkness.


Man am I a dork for knowing that or what?!?

The infection comes from handling the LFS from what I have read.  The one site I found on it when I researched it previously said the spores are not found in the peat.  Just in the growing layers which is the LFS.

After looking at this stuff I think that is what I contracted on my hands and elbows.  It itches like the devil and you get little small blisters with clear fluid in them.  I cannot say for sure that is what I have because it is clearing up with betta methazone cream and I am down to a few little spots on my hands and elbows.  Thank goodness it did not go to the lymph system.  If it was that.  I didn't think of it when I went to the doctor to get it looked at, but I should have asked him fo a fungal culture.  The big promary leason cleared up nicely, but there are other little spots that have persisted because I am not in the habit of putting on the bettamethazon cream like I should.