A few weeks ago I decided to do some experiments with growing a few of the capensis in a different media: cotton. My first reason for picking this material is that it fit a few of the criteria for a good media. It is clean, retains water well, and would promote rooting. My source of choice was untreated makeup remover pads. They're just a convenient size, and are in good supply (thanks to my sister). They also provide a level surface I can place the little plantlets on, as well as seeds. I do not expect this to be a permanent media, and should probably not be used as one (but I'll test that eventually ).

The first thing I noticed was the water retention. I did not have to add any additional water for two weeks! If I used a proportionate amount of LFSM, it would have dried up by then. The cotton pads also wick the water up to the plant very well. The plantlets also showed approval, and put up leaves much larger than previously, and produced healthy amounts of dew from each tentacle. Having had success with the original two plantlets, I recently decided to move in 7 more plantlets from their sphagnum nursery. The new arrivals were of various sizes, three average and two under average size, and one very small one, but all had carnivorous leaves. So far, they are each putting up what will likely be large leaves compared to their previous growth. 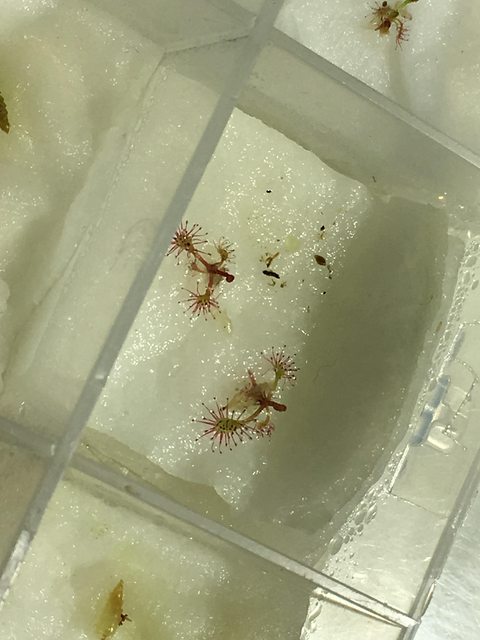 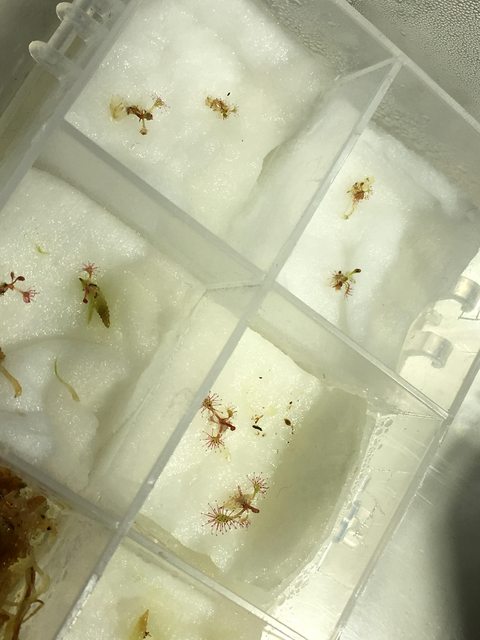 The main group.
So far, I have only run into one problem. It seems that they will do fine as long as they have some growth prior to introduction to the cotton media. When I transferred seeds from water germination to the cotton media, they grew slowly, unfolded their non carnivorous leaves, then died. I suspect that this is partially due to a contaminated water germination, which had some kind of fungus or algae growing. it's more hassle, so I do not really see an advantage to water then cotton growing. It's easier to germinate them in sphagnum, wait till they have some more leaves, then transfer them with the piece of sphagnum they started to form roots in. I'll detail this later if the experiment is successful.

My reasoning for trying this is that with extremely small plants, lfsm can be extremely irritating. sometimes a piece will roll over when you try to water it, or will form crevasses that small plants can not root in easily. The cotton is cool too, because I can see the roots growing, and do not have to water as much.
Anyways, what do you guys think?

The new arrivals are growing nicely, and the older ones have just put out some deep red leaves. They all appear to be very healthy, despite the unconventional media. I might try to implement this type of growing on a larger scale when my shelves arrive. Those will provide some much needed space for the plants and all of them are in an easily accessible area.

Very cool. Do the seedlings seem to be rooting through it at all?

Grey Moss said:
Very cool. Do the seedlings seem to be rooting through it at all?
Click to expand...

Yep. It's pretty cool in the cotton because I can see a lot of the root growth as well as the hairs on the roots. I also got around to taking some pictures of the plants, which seem to love their new media! Their new leaves are notably larger, and have healthy amounts of dew. Here's some pictures. 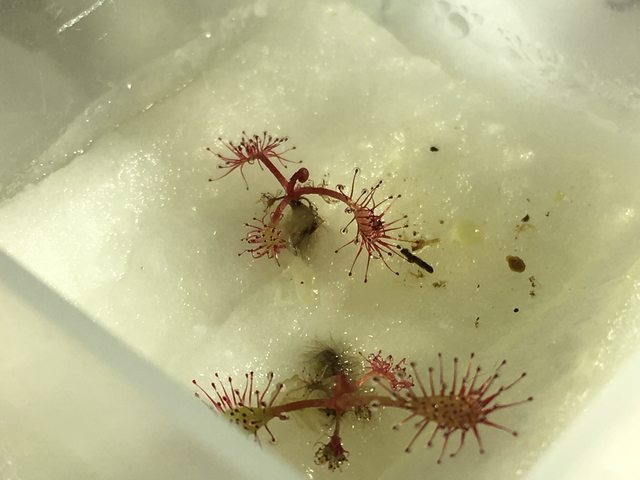 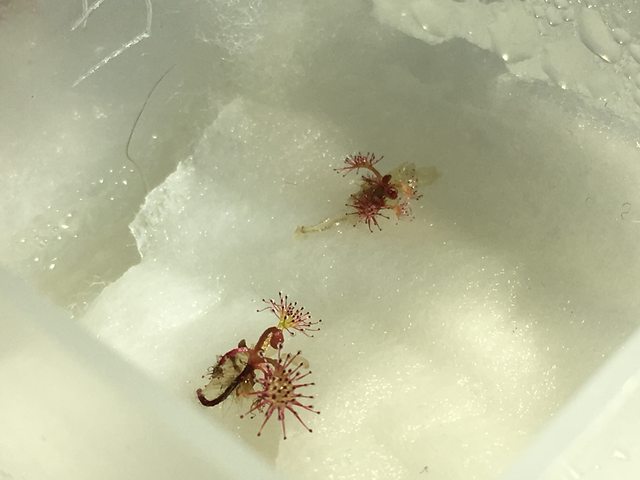 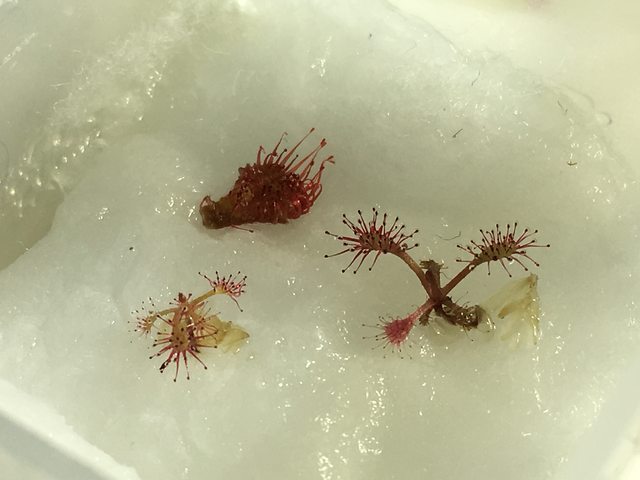 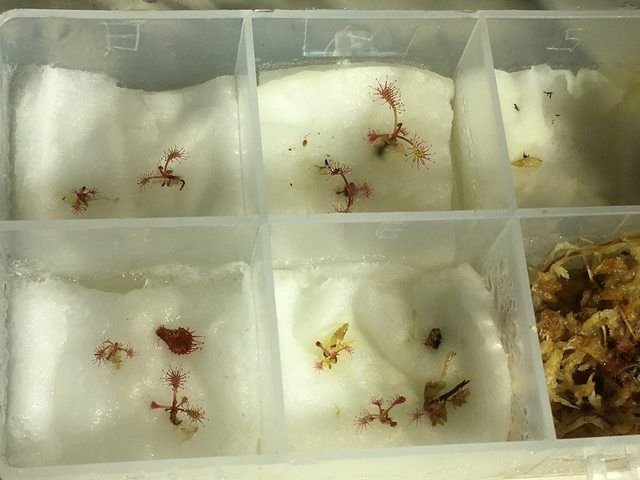 Maybe you can try asap to grow mature plants in this cotton subtratum
You must log in or register to reply here.

Advice on bringing D. regia back from the roots

Dying sundew, can it revive? is it too late? please help us!