Getting a leg up

There was another Drosophyllum seed germinated so off I went for a fibre pot and the medium. The medium was already in a bucket so I gave it a quick mix and filled the pot. Over to the Drosophyllum seed pot and transferred the germinated seed. All nice and easy until this leg appears out of the medium, then a second followed (quite a bit behind) by an ovoid body. I just watched as the Harvestman extricated himself then took him over to the wall. This lucky one is in the top two photos.

The bottom two are of one ( A much smaller one) that was resting near the top of the wall and as I had my camera on, why not

I was minding my own business and this spider took a runner at me.I stepped aside and it followed. She's a young Nuctenea umbratica - Walnut orb web spider or Evening spider. They hide during the day and come back out onto the webs in the evening. We must have dislodged her from her hiding place when we were scraping the paint on the railings.
The bottom photo she found a little crevice to go into stealth mode. 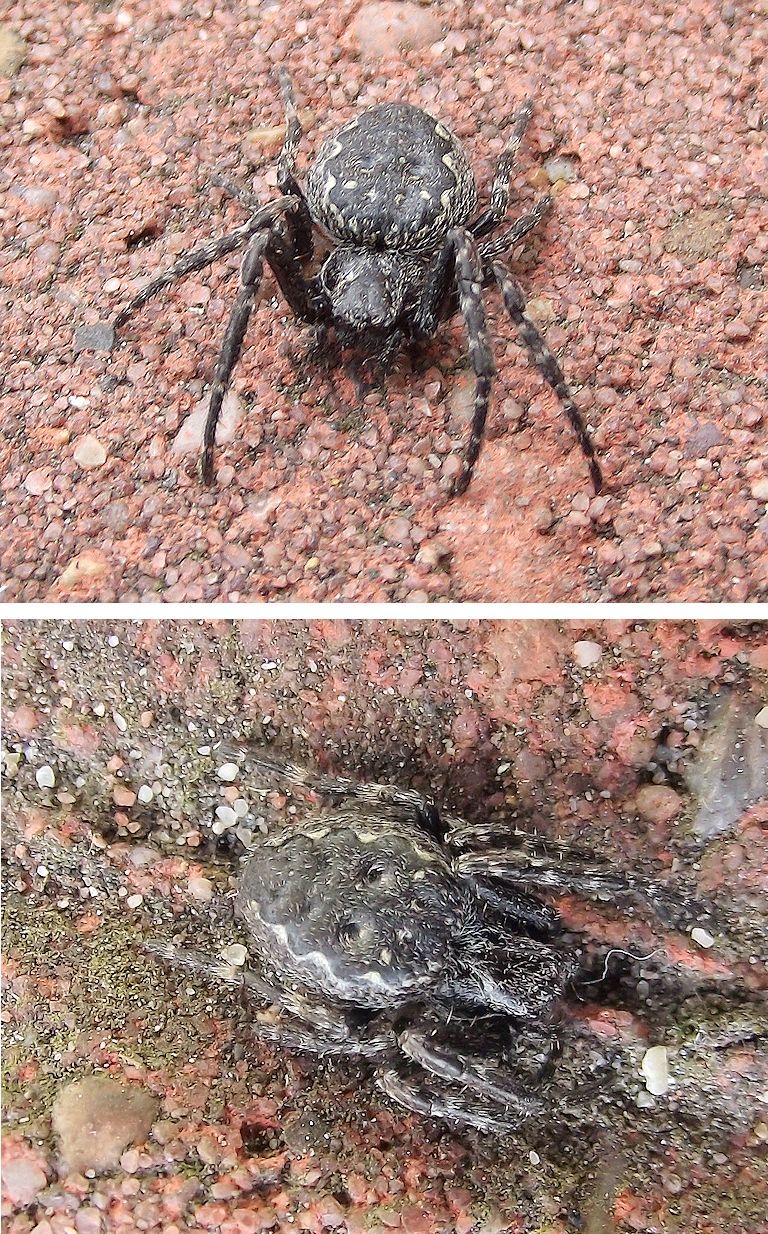 Finally an Araneus diadematus simply because she's a cutie

. She's taken up residence between a pair of Darlingtonia flower stems and obviously she's quite well fed. 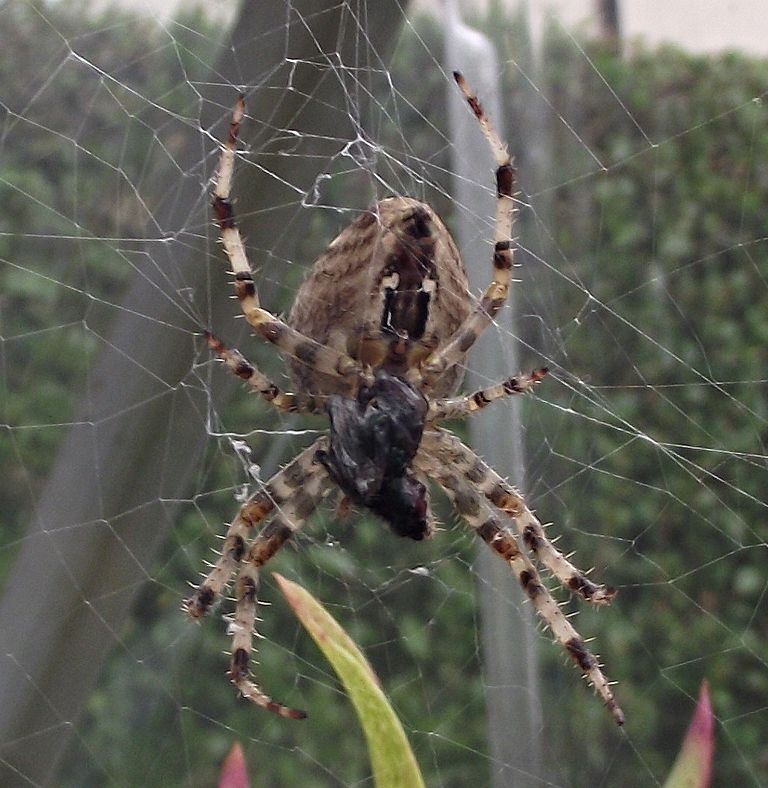 Wicked. Ive noticed quite a few orb weavers setting up shop near my sarracenias as well.

This year however, there is a great abundance of wasps.

Great pics Fred!
My Flytraps catch a lot Harvestmen. Looks so eerie with just the legs sticking out.

Sent from my iPhone using Tapatalk

Nice photos, Fred! Haven't had as many orb weavers on my balcony the last couple years. Black spider wasps (Pompilidae) have been taking their toll, unfortunately.

The resident of the top greenhouse taken this morning. There's two in the Darlingtonia House and I'm not sure which species is in the middle greenhouse, that one is very shy.

I'm no good at germinating Regia and drosophyllum. They do better if I neglect

PNW Drosophyllum germinating outside in cool temps and low light