How to: Wiring Case Fans

I was taking pictures on how to wire a case fan (DC) to an AC wall plug for another member and figured I would just make a post for everyone to see. This is good for getting air circulation inside of a humid terrarium which is great for plants, or for placing at the end of a light fixture to cool it down. If using inside a terrarium with animals be sure to glue screen on the front and back of the fan so the animals can't get the the fan blades and injure themselves. 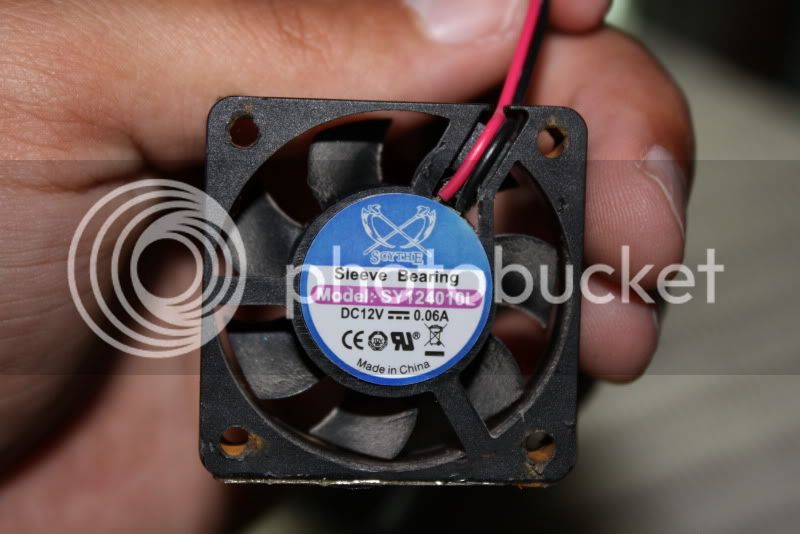 110V AC/DC converter, I prefer the variable output ones so you can select how fast the fan spins. Make sure this puts out more amps than the fan requires, with 10-20% or more excess output. (Most cell phone charger will work too but will be a constant output of 5V usually) 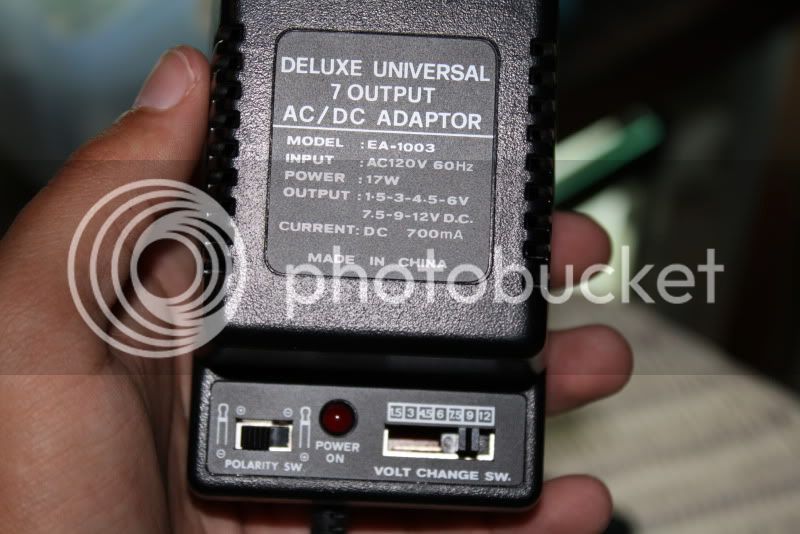 Make sure your converter is unplugged from the wall. Cut off the plug on the end of the wire exposing the two wires. Do the same with the fan. Some fans have 2 wires and some have 3. Either are fine but if yours has 3 you wont need the yellow one so you can cut it short and get it out of the way. Split the two wires apart 2-3" down so you can split them nicely and have room to work on individual wires.

I do not have pictures of this because this fan was already wired and I took it apart for this How to post.

Strip the 2 wires on both the converter and fan. I usually do about 1/2" to 3/4". Please excuse the glue on the wires, I had it glued into place prior to taking the pictures. 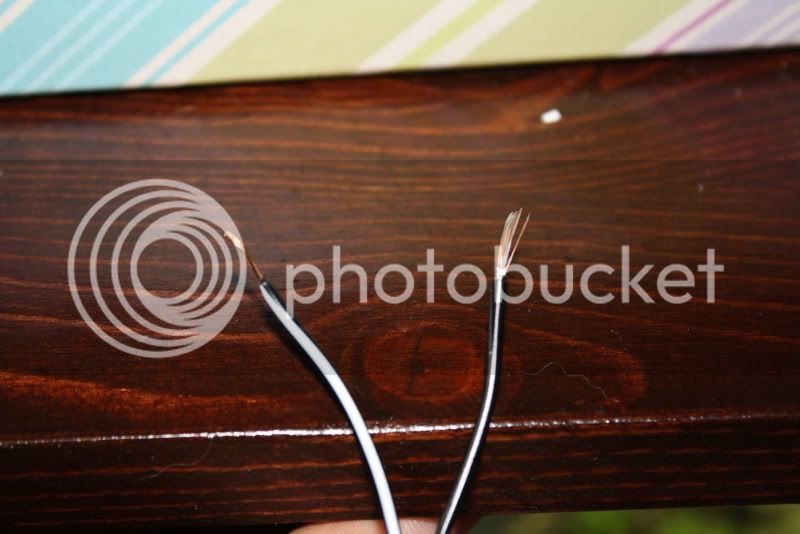 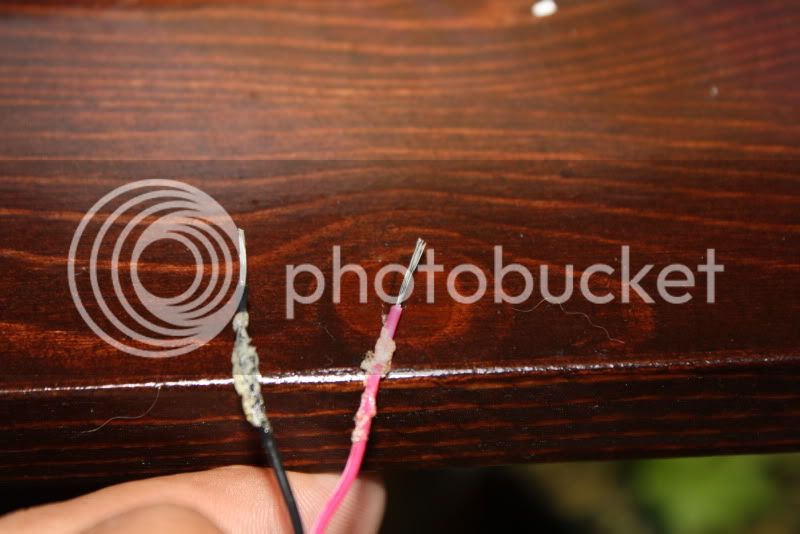 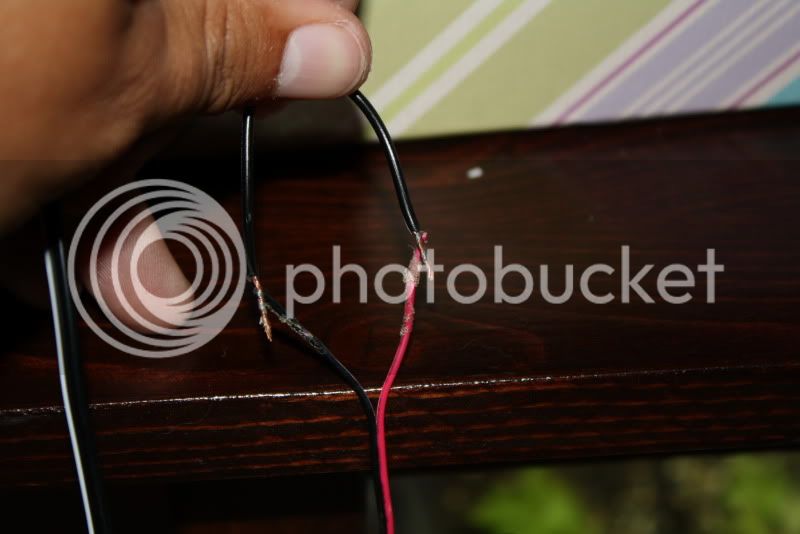 Solder your first wire together making sure to have a good connection. Now solder the other wire. Take electrical tape and tape each wire separately to insure it wont short out. Now tape the two wires together to clean it up. 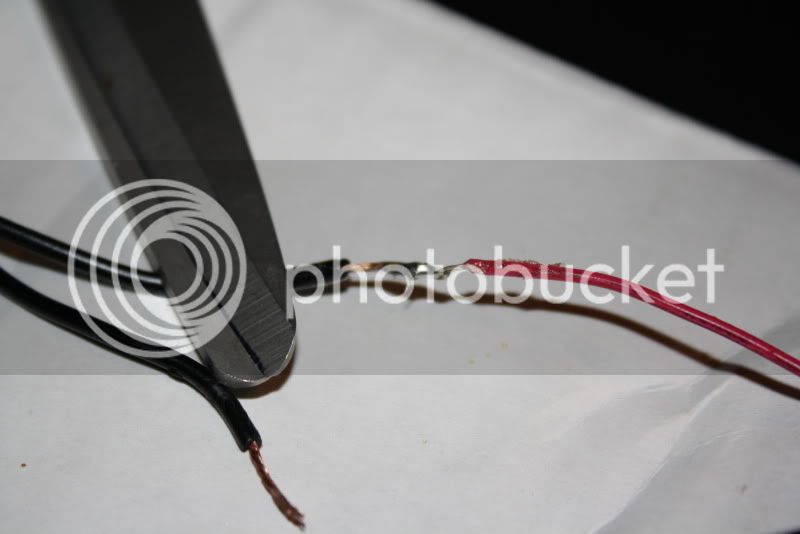 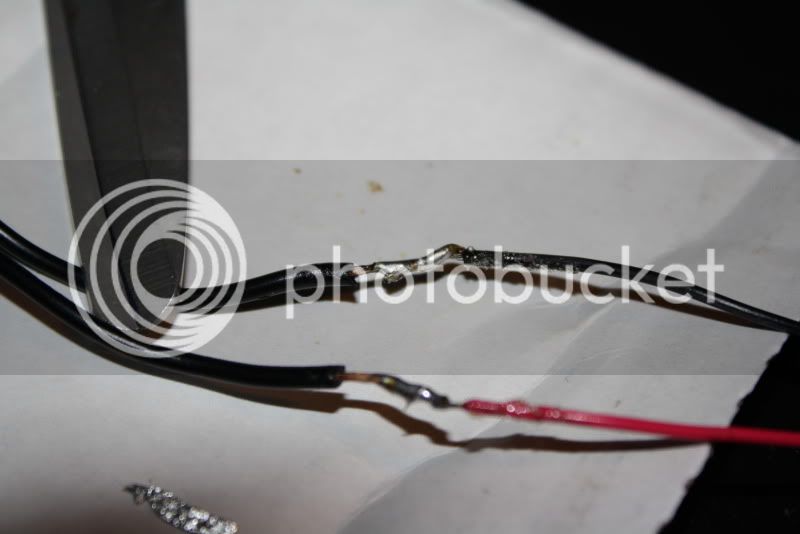 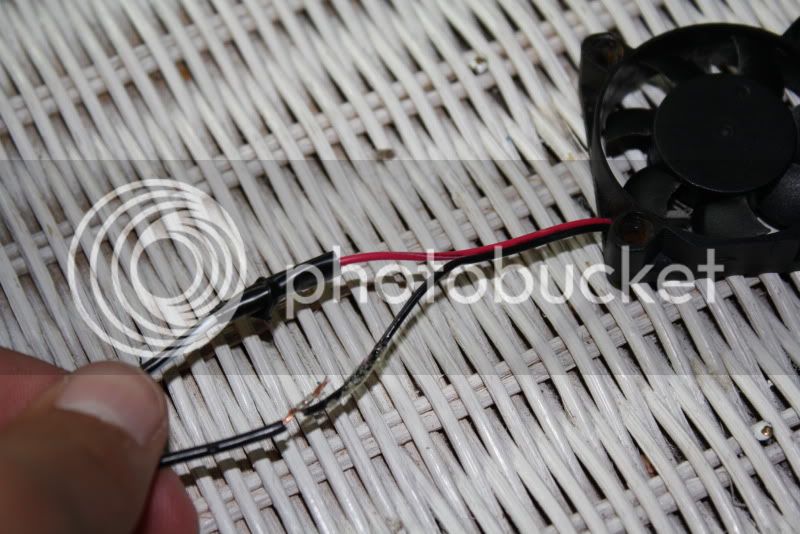 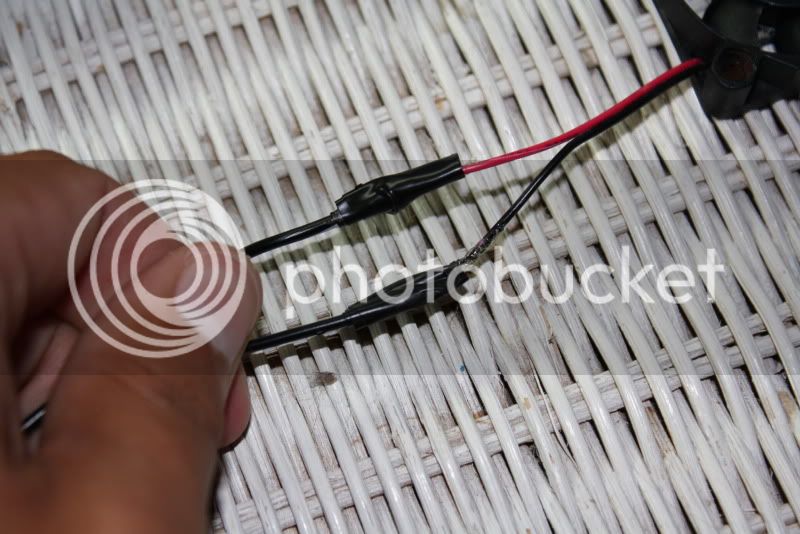 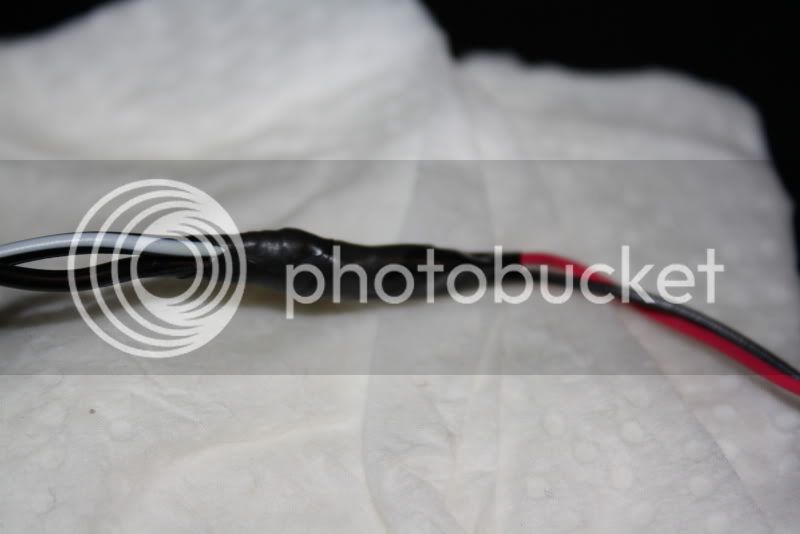 Take your first wire and take a small piece of electrical tape, approximately 1" and wrap it tightly around the twisted wire making sure to completely cover where the wire has been stripped. Now do your second wire separately the same as the first wire. Now take a larger piece of electrical tape, approximately 2" and tape the two wires together creating one wire to clean it up.

Plug it in to make sure it is still working and you haven't made a mistake along the way. You are now ready to install it in your terrarium, vivarium, beside your lights to cool them off or whatever you are intending to do with the fan. Im lazy so I just take a little electrical tape and tape the fan in the corner of the aquarium making sure there is enough room behind the fan so air can be sucked in through the fan and out blowing over my plants. 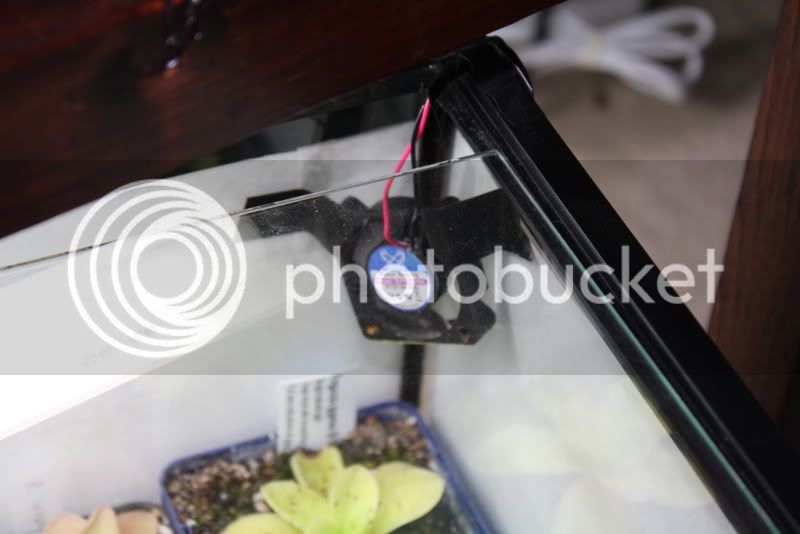 Wiring more than 1 fan
Now if you want to hook up more than one fan you can do so on the same converter as long as the total input of amps of the fans is less than the output of the converter. Its always a good idea to leave 10-20% of room so you dont end up drawing too much amps from the converter on start up.

If anyone has any questions feel free to post or send me a PM.

Good job! Nice guide for people trying to wire their first fan. I went the lazy route and got a adapter that was prewired to use these fans.

Just a note on the splices - I always stagger the cuts, making the cut in the second wire about an inch down from the one in the first wire, that way if the tape peels off due to the humidity the wires won't be as likely to short together. At 12 volts DC it would only blow the adapter - at higher voltages (110 VAC)?

Thanks drew! Will be trying this soon.

That is a good suggestion afrodisa. All my connections are outside the terrarium so I'm not too worried but if it was inside it could possibly be a problem. Another thing mentioned on another forum was use of heat shrink tubing instead of electrical tape. I find tape sticks very well if pulled tightly. Of course there is also liquid electrical tape too.
V

Anyway to get this stickied? It's an experience I think everyone has to do at least once!

You should also mention that if one connects more than one fan across the circuit one should connect the fans in parallel to make sure that the same voltage is applied across both fans. Simple computer fans are usually voltage driven and if one connects the fans in series the voltage across each fan will be equal to a half of a total voltage supplied by the PSU.

PS. that is the way fans, hdd, cd-roms and etc are connected in your PC

I feel bad...I broke down and bought some clip fans as the tanks are going "kaput!"

Still a nice write up to reference for future use. I'm sure I will give it a go someday...

jpappy789 said:
I feel bad...I broke down and bought some clip fans as the tanks are going "kaput!"

Still a nice write up to reference for future use. I'm sure I will give it a go someday...
Click to expand...

I have a stash of fans I bought from newegg a while ago which i'm planning on putting on the wire shelf. I have to figure out how to fix them so that can be easily adjustable, some sort of a swiveling clamp or something . I'll post pics when I'm done.

I also use switchable voltage power adapters, as above. Some of them are not voltage regulated though and are designed to deliver the specified voltage at the near the maximum current output; therefore, at lower currents such as those required by a fan, the voltage can actually be higher that that selected. Basically with these it is best not to run a 12V fan with the adapter set to 12V output, as it's likely to over-voltage the fan.
Last edited: Aug 24, 2011

What do you do when you have a four-pin fan? I have a MacBook Pro, and the fans just got replaced on it, but they're still good (just noisy) and I want to wire them up for my terrarium. A link to a picture from Amazon is below. I've wired case fans before, but all these wires are identical and I dont know which to hook up. I'm fairly hesitant to do trial-and-error, out of fear of electrocution or shorting a circuit or something.

Thank you for any input!

Thanks! Though it looks like i can't really use these kinds of fans then, because I have no way of generating the signal to make it spin. Maybe I'm interpreting that article wrong, please correct me if I am.

"Motherboard has open-collector type output. This construction guarantee, that with disconnected PWM signal will runs fan with maximum revolutions."
You must log in or register to reply here.

In case of untimely demise, where are your plants going?