Just thought I would show you a couple HG cuttings I just potted up today.
Leaf/Pitcher. Just took a couple weeks. This is when I like to pot them up.
The roots get too long and they brake easily!
The other pictures are one HG plant I have that is still in a growth spurt.
I just replaced a T-5 bulb so it should color up more in time. I didn't realize one was out.
This time of year it's just getting too hot so they will be staying in the basement.
Jeff

Very impressive growth in just a few weeks! Do you use fertilizer or rooting hormone to get such explosive growth?

I think I'm wrong there. I took many cuttings and they were not all the same day.
I think a month is closer to being correct on the cuttings.
Dip n grow liquid is what I use with live Sphagnum.
Sorry for the incorrect statement. They just seem to be coming along pretty quick.
I didn't loose any, yet.
Jeff

A month is still impressive IMO. I have a few that are around 4 months that I potted a few days ago and the roots were about the same as yours. I'm taking notes for my next pullings. Thanks for the info.

Jcal said:
A month is still impressive IMO. I have a few that are around 4 months that I potted a few days ago and the roots were about the same as yours. I'm taking notes for my next pullings. Thanks for the info.
Click to expand...

The two cuttings I showed here were the two that were the furthest along.
Others were half that size. I checked my emails that I had with the man himself "Charles Brewer" about taking my cuttings.
The email I sent to him was on May 20th. I mentioned to him that I just took the cuttings a couple days before, and that was Saturday, May 18th.
I guess I can confidently say now that I took those cuttings on May 18th. Anyways that's still not too bad I guess (36 days) from cutting to planting!
I should have researched my emails first before posting!! I do better at growing than I do at note taking!
I had pretty good luck this time around. I even tried to root the flower spikes.
There all still alive, but they don't seem to be doing anything yet. I don't know if you can root a flower spike?
Never tried it before.

you can root ceph flower stalks..

How do you know when roots are present? Do you just keep checking on the cut end after a few weeks?

I got bit by the bug too! I just moved so I'm trying to let my plants settle in but new growth on my plant is tempting! 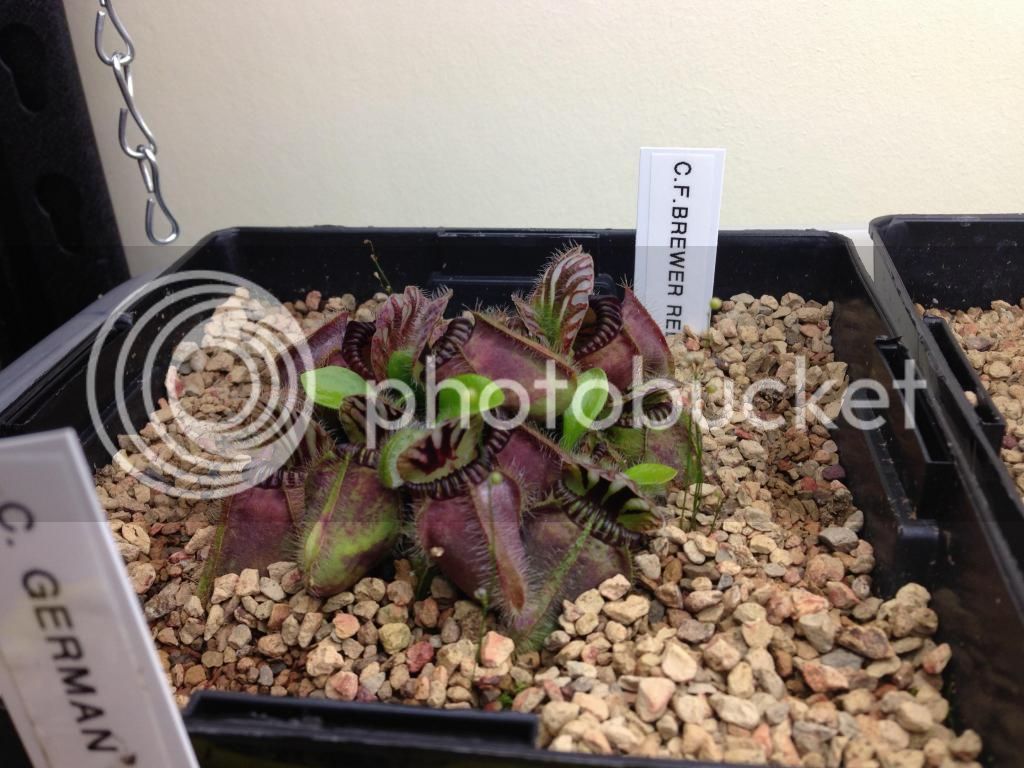 A lot of good looking leaves and stuff there to play around with. I dig that media topper too! I have some stuff like that around here. May have to give it a go..

WoW theses roots after only a month ! Its truly stuning ! Well done.
You must log in or register to reply here.

A
For Sale Giant Canyon Isopods

In case of untimely demise, where are your plants going?