Last year I acquired a tenuis cutting in a trade with a fellow member. I cut it into two separate cuttings. The growth tip fell victim to the graveyard and the other cutting I made seemed to be going the same way. After seeing the top growth point swell I figured it would be good to go. However, that quickly blackened and then I figured that was it. I, being a curious individual, did some digging figuring I wouldn't hurt the "dead" cutting. I gave it a little tug a few weeks ago and it seem to stay put, so I dug a little deeper today. To my surprise I saw a mass of white tissue in what appeared to be a colorless leaf forming. When I had made the cutting I decided to cut it closer to the final node than I would have liked (probably 1/8th or 1/4th inch) so I figured that this would not take. However, this occurred: 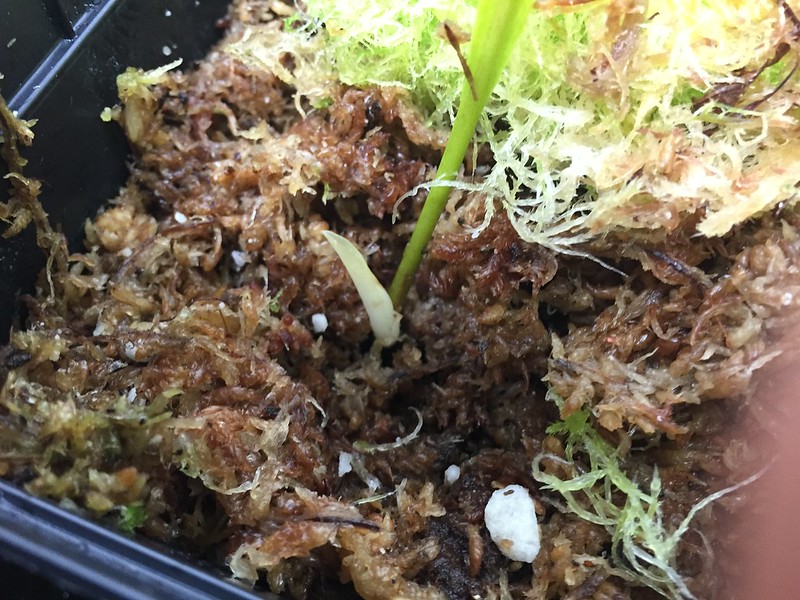 Hopefully the cutting will make it. It was buried under medium initially and I am guessing it will green up once exposed to light. I figured I would share with everyone since I haven't really seen to many cuttings behave in this manor.
You must log in or register to reply here.