Is it neccessary to stake sarracenia?

I have (3) Sarracenia. One is a NoID and two are recent purchases this year of " S. Leuchophylla 'Hurricane Creek' ". The Hurricane Creek already seems like it's going to be much bigger than my death cube NoID Sarr. The NoID did really well last year and put on a lot of growth. This year, it put out the first CP flowers I've ever had.

It started with ~7 flower stalks, but over time, all but two died off. I'm sure if was exclusively the wind, but at least one or two died from being pushed over and the stems broken. Of the two that are left, one stalk is standing upright and the other is healthy, but flopped over the side of the pot. In addition to the flowers, the pitchers themselves don't show a lot of ability to hold themselves upright.

They will have good sized pitchers, but the bases are very thin. The one with flowers started putting out a lot of new pitchers and then the first hard rain seemed to smoosh them all out. They seem to be healthy and are getting their pitchers upright, but they are still smooshed out to the sides.

Would these plants benefit from having some kind of support ring or is this issue purely asthetic? Thanks everyone. I just wasn't sure if it was just looks or if the plant suffered if it wasn't held upright. I know they wouldn't be in the wild, but I'm probably not mimicking perfect conditions either.

These are the pics of the sarr I was talking about. I also included a pic of a couple of vfts and the new s. Leucophylla I got. You can see that the bases are kind of thin. 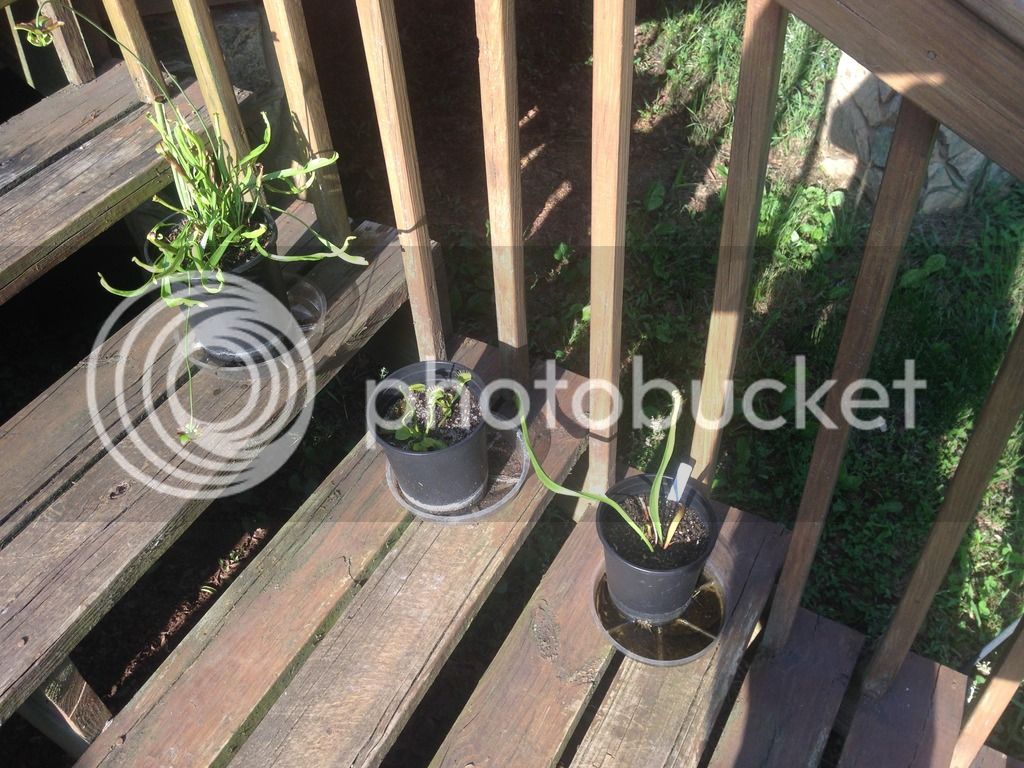 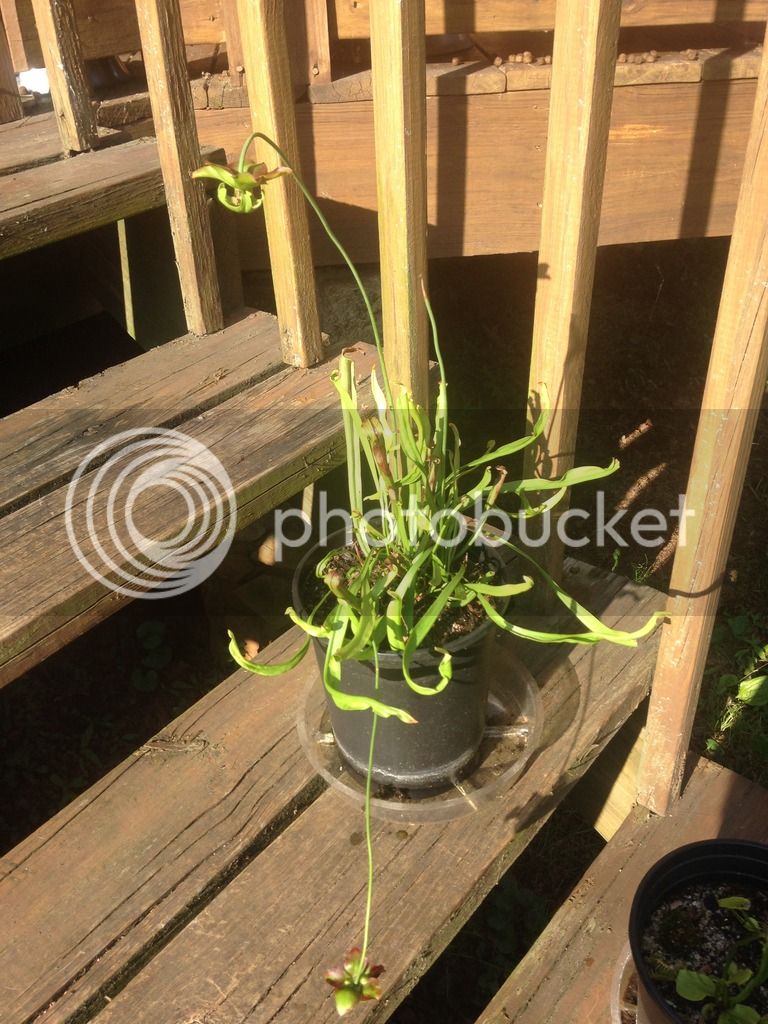 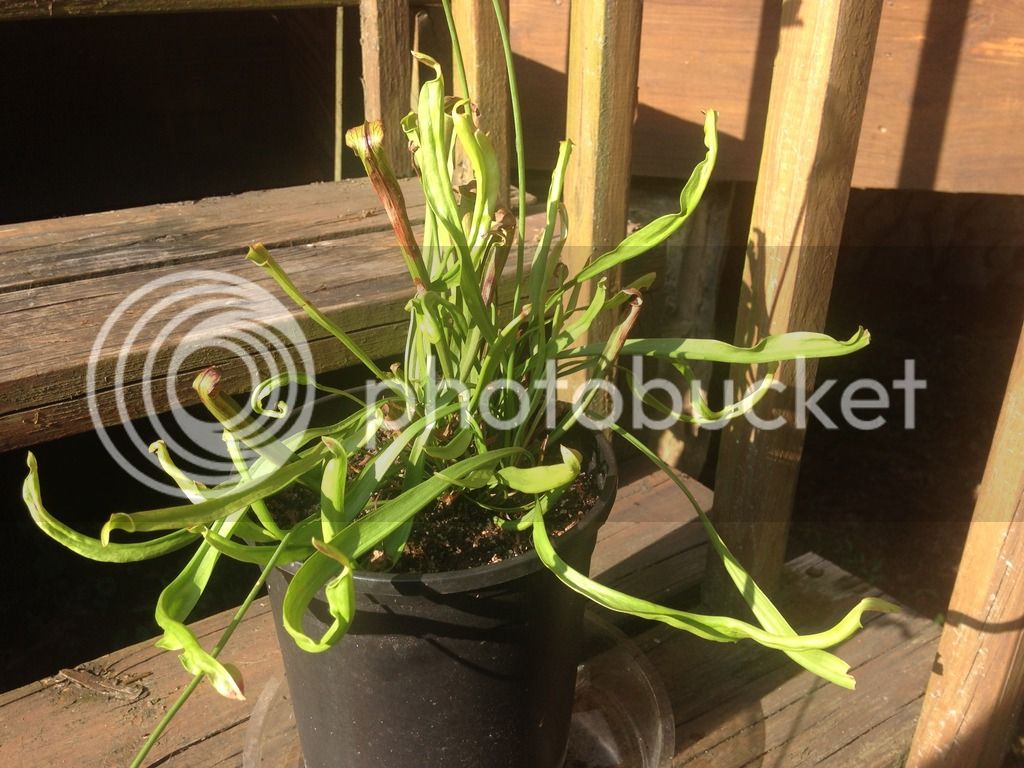 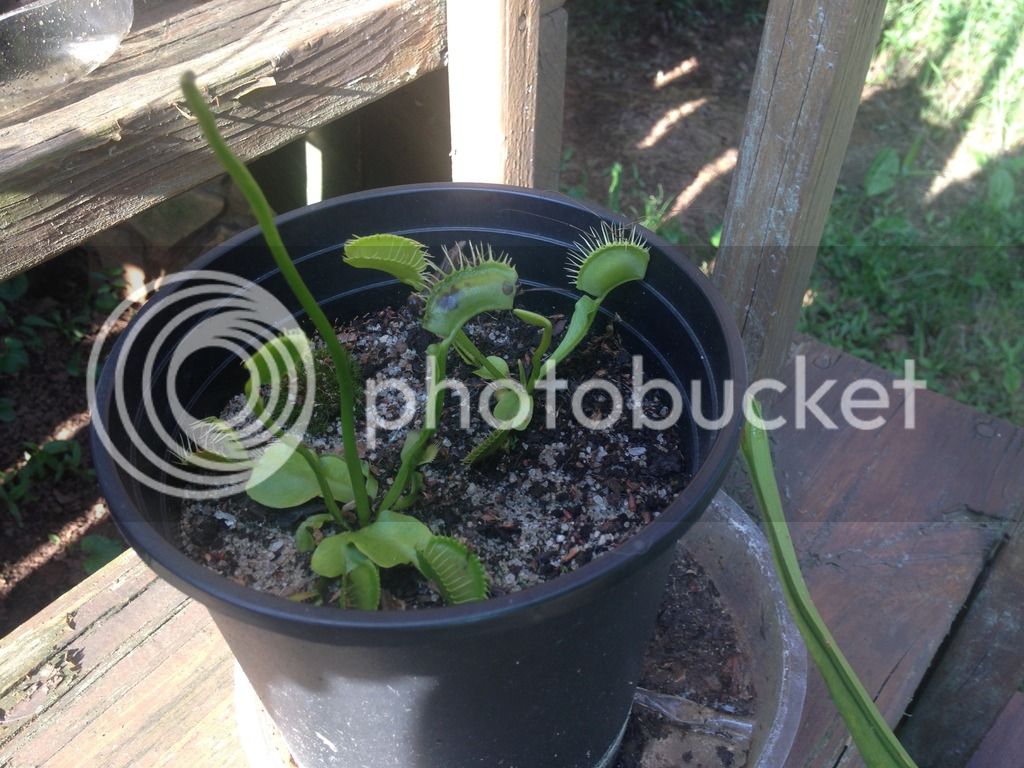 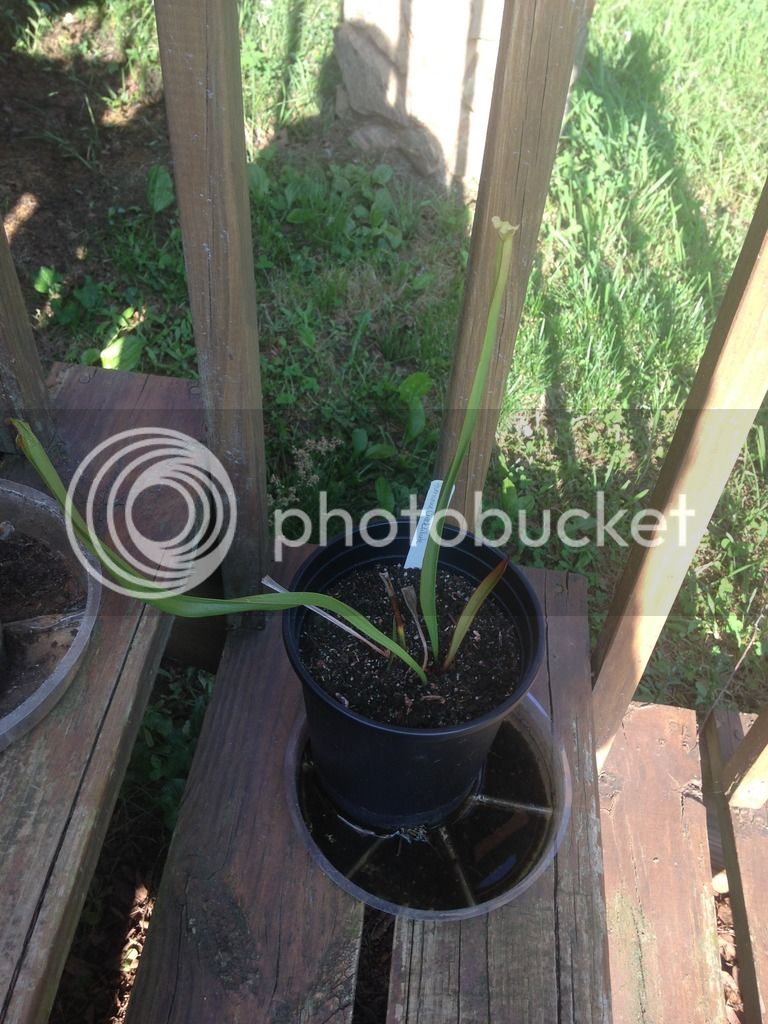 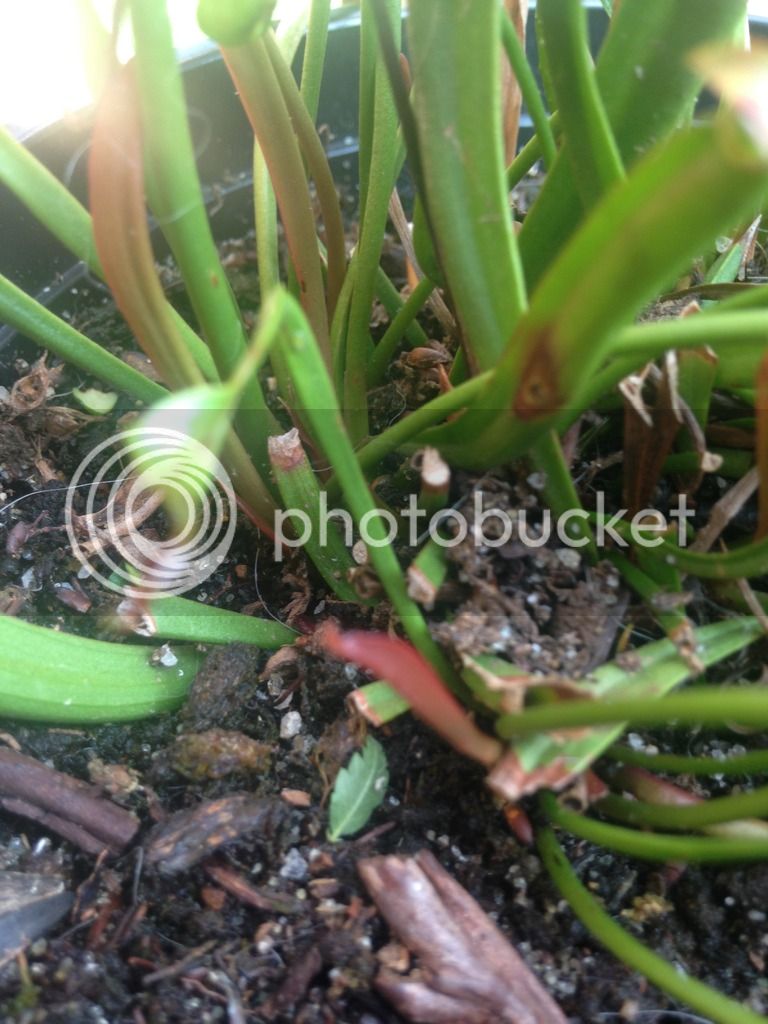 Staking can certainly help, and plenty of people do use support rings, but the necessity of that depends a lot on your conditions. The more light you can provide for the plants, the stronger the pitchers will be, though some will grow very thin pitchers in the spring no matter what you do. Anything you can do to block the wind around your plants will be helpful of course.

But if all else fails, these are frequently used by growers in windy areas:

It would appear that you have a bad case of wind. The first recourse would be to find a less windy spot. If this is not possible then use some shade netting, staked on the windward side, to slow the wind down ( before it hits the plants).

I've found that more exposure to wind (as well as sunlight) can strengthen future pitchers as well. The plants just need time to adapt. Until then, however, it won't hurt to stake up particularly tall pitchers or flower stalks. Once a pitcher opens fully, they are typically stronger as well, and it's probably okay to remove the stakes at that point.

My plants frequently see gusts of wind upwards of 50 mph (and sometimes more). So far, I've only had 3 early pitchers bent over (and one lost it's lid), but all the pitchers that have come afterwards appear to be considerably stronger.

I'll try to take some pictures. It's not particularly windy where I am, they just went through one particularly nasty storm. They're in full SC sun all year. They had the same issue last year, though. The pitchers are a good size further up, but they're really thin right before they go into the plant. I've just seen other people add a ring 4-5" above the pot rim to help support them. I've got some old coat hangers and figured I could make a ring to help support it if necessary. If they're find growing as is, I'll just leave them alone.

If they're not standing up they can't feed.
A

only my first year seedlings seem to have this problem, all other pitchers are quite strong. where do you grow them? small pots may lead to weak base/roots that make the plants like Sarracenia more vulnerable.

Too small a pot and the whole thing falls over. Pitchers bending/breaking is different.

I will take a picture when I get home. They are standing up for the most part. They start growing straight up, then the rain knocked them down so they were leaning to the side. Then they started turning themselves back upright. They aren't all there, but a lot of them are now in the upright position, just leaned out.

They're probably 6-8" pots, that are fairly deep. They're sitting in 2" water trays and are on the steps of the front porch in full sun.

Did the pitchers fill with water in the storms?

No, I don't think so. I won't swear to it, but most of them were younger pitchers that hadn't fully opened or were just starting to.

Early season growth on S. rubra can be weak and floppy and it looks there is at least some rubra in the plant in the pot with the most leaves. I do stake them so they look tidy early season, but the later pitchers are more turgid. Nothing to worry about they just do that the HCW shouldnt do that.

I know it varies with the specific plant, but leucos very commonly grow very thin and unimpressive pitchers in spring.

I did post a picture of my new Leuco, and I hope it does get better pitchers, but it's the bushy NoID that I'm having issues with. I really think it'll end up straightening itself up. I just didn't know if I should add a ring to help it out for a while.

Stake it to tidy it up and as I have said the later season pitchers will be stronger.

Cheers
Steve
You must log in or register to reply here.

I guess I'm back?