It's been a very challenging year with the parasites attacking my animals and all kinds of chaos with life, but I've been thinking about what I am hoping to accomplish from now and until December 31, 2020. I haven't written the care articles yet and I've been crazy busy. I am going to explain about the care articles and about my animals, Frog Week, and some other things.

For the American Toads, Gray Tree Frogs, and White's Tree Frogs I believe I have more experience and education on these three species so I feel it's very necessary to create a part 2 to what I have already started. For the gray tree frogs and the American toads I will be talking about how to keep them in a native environment. I am not focusing on keeping them in a tropical setting. The whites tree frogs are different story we will just be talking about their care overall. I am excited to write about other animals and new experiences that hopefully can interest and educate anybody who reads my articles. There may be more care articles that are to come but tentatively this is what I'm looking at for this upcoming year. what are your thoughts on the care articles that I have proposed?


Now it is time to explain more about Frog Week. I am looking to partner with Josh's Frogs again and different forums and Facebook groups, but also the reptile report and possibly new companies, organizations, and maybe others. I am going to do my very best to try to get more people involved in marketing advertising and supporting the project because I feel a frog week is very necessary if we are going to conserve and interest people of these animals. my gray tree frogs and toads will be a part of Frog Week this year. They will be featured in some of the episodes but they will not be the most important part of the project. You will see all the toads, gray tree frogs and maybe some others.

Frog Week will take place at my college and at a state park. Some familiar places will be in this years edition as well. I want to show where the toads and gray tree frogs came from. The Abandoned Turnpike was a fun place, and the Western Woods (where I'm from) will have a role in the project as well.

As for what's going on with my animals I will explain a little bit. I don't have to discuss the Gray Tree Frogs (Gray Army) and White's Tree Frogs (Dumpy Family) because you have seen a lot of episodes about them and I also have a thread rolling called Frog Forests. this project is completely focused on the lives of tree frogs.

As for the Skinks (Skink Dynasty) they have been doing very well but I have a really big plan for them that I do not wish to reveal at this time so I have been keeping them away from the camera just because it is not their time to shine just yet. They are going to take part in a massive project but it's just important for me to note that they are all doing very well and I'm going to release an update video about them at some point.

Ace, Pious, Wellsboro, and Navi are all doing wonderful. Ace looks like a completely different toad, and she looks so wonderful. Wellsboro has continued to be up and down with the parasites, but I think he is actually starting to rebound and he looks his beautiful golden color now. We are monitoring him and the toads (three out of the four) have a fecal exam sent in to the vet so we are awaiting the results and after a couple more tests that we run on them it's possible Wellsboro can leave quarantine to live with Ace and Pious in the 125 gallon. I have not found any poop from Navi so I cannot take her out of quarantine until we find poop from her. All the toads are doing really well it's a huge turnaround as compared to last year at this time.

I am planning to release and update video soon about these toads and I might as well throw in the skinks since they will not be featured for a while either. but I just wanted to explain that the animals are all doing very well even though we are battling the parasitic nematodes which could become a problem later on but as of right now the animals are doing as good as they ever have. I'm trying not to reveal any spoilers but I just wanted to give a tentative look at what I want to accomplish this upcoming year. 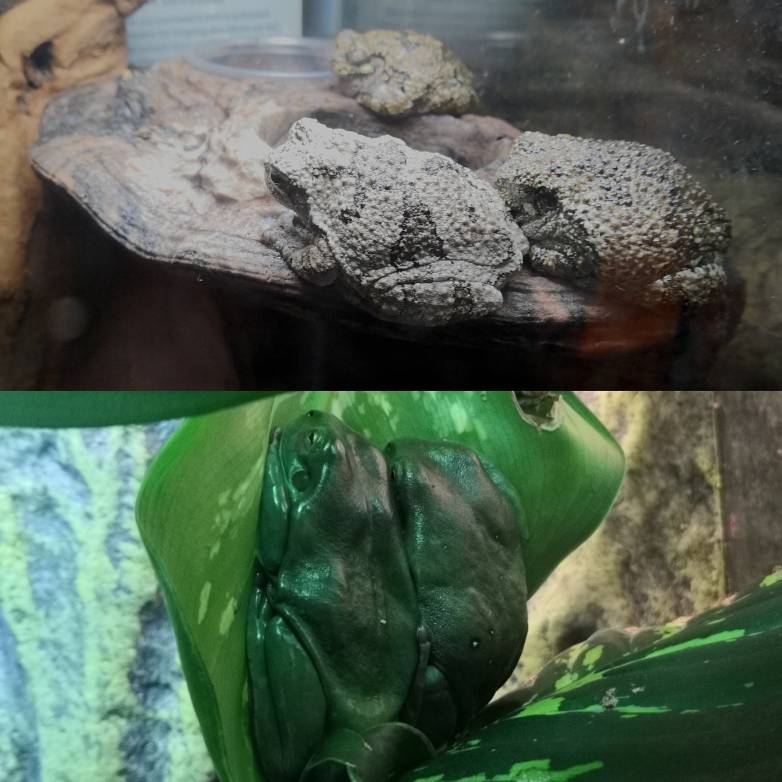 Sent from my BKL-L04 using Tapatalk

Here is a reveal video from my YouTube channel discussing some of the projects I will be working on!

Sent from my BKL-L04 using Tapatalk
You must log in or register to reply here.