Me and My Collection of Spiny Little Friends 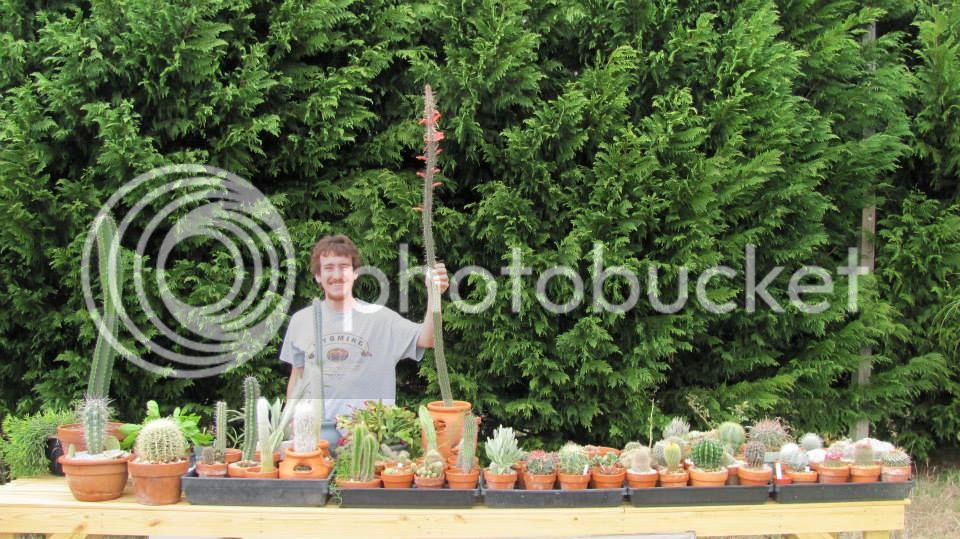 Ooh, is your backyard a forest? Looks really nice. Why do you use the tray system for cacti though?
S

How cool! Do you have a greenhouse for winter?

@tanukimo, I don't think you would use the tray watering system for cacti. I think the trays might just make them more portable.

/me scans the collection for Euphorbia obesa. Nice (but prickly) friends you keep, Kevin!

Tanukimo said:
Ooh, is your backyard a forest? Looks really nice. Why do you use the tray system for cacti though?
Click to expand...

Border of Leyland Cypress. They're on the north side so they don't shade the cacti, but I thought it was a pretty cool backdrop too!

The flats are really tough trays. They have holes drilled in the bottom but there are also undrained ones and that's what I use for sundews. They are a necessity to transport the plants and can bear a great deal of weight without flexing or dropping plants. Cacti get top-heavy and like to fall over so the trays keep them stable. If there are problems with my greenhouse, I can take all the plants out and shelve them in my basement for protection. I did this twice over the winter during the lowest temps and everything went for 3-day stretches without light. But they didn't freeze to death! Yay.


Sharpchick said:
How cool! Do you have a greenhouse for winter?
Click to expand...

Yep, but just a cheap one from Harbor Freight. I can't cool it enough to use it during the growing season, but it worked well this winter. Except for when the wind tried to take it away, but I put a stop to that. Lost a lot of stuff from my shelving falling over though.

Here it is while I was building/filling it up in November:
http://www.terraforums.com/forums/s...rience-AND-SURVIVED!?highlight=harbor+freight


BioZest said:
@tanukimo, I don't think you would use the tray watering system for cacti. I think the trays might just make them more portable.
Click to expand...

Yup. Wish I could remember what the trays are called. They are invaluable.


Whimgrinder said:
/me scans the collection for Euphorbia obesa. Nice (but prickly) friends you keep, Kevin!

I'm attracted to E. obesa too but haven't got one. Are you familiar with Lithops? Equally cool.
Eventually I'll be able to play "Where's Waldo?" with all my friends: "Hey, can anyone spot the Euphorbia here?"
Last edited: Apr 13, 2014

Luck is nice. Friends in the Big Bend region of TX are better!

Had some Echinopsis blooms this morning. I forgot that I'd adjusted the settings, so they're a bit dark. 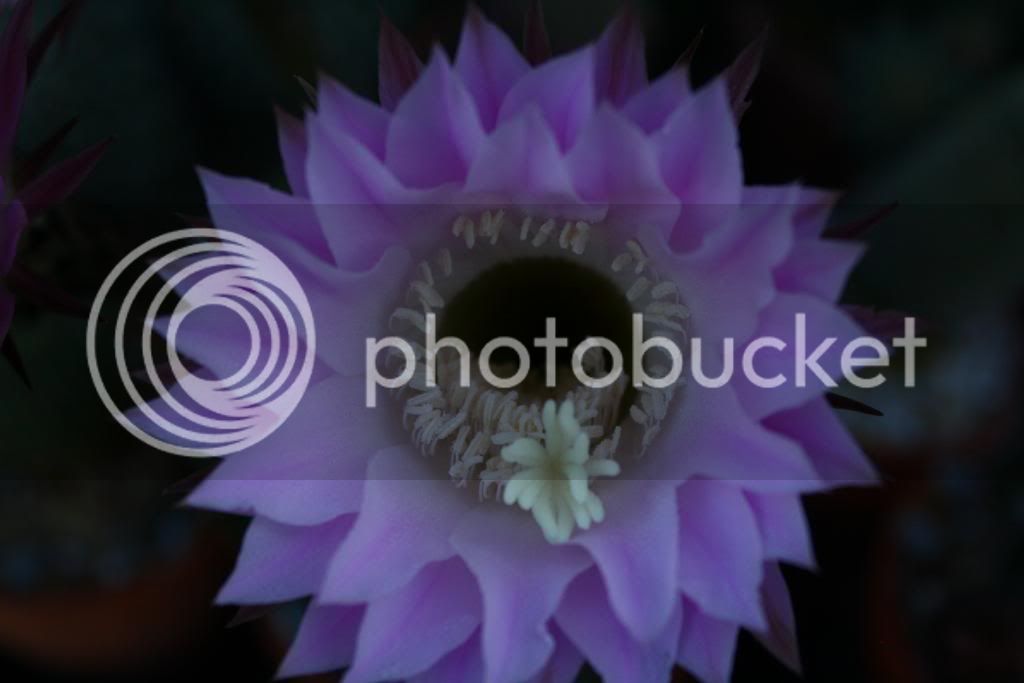 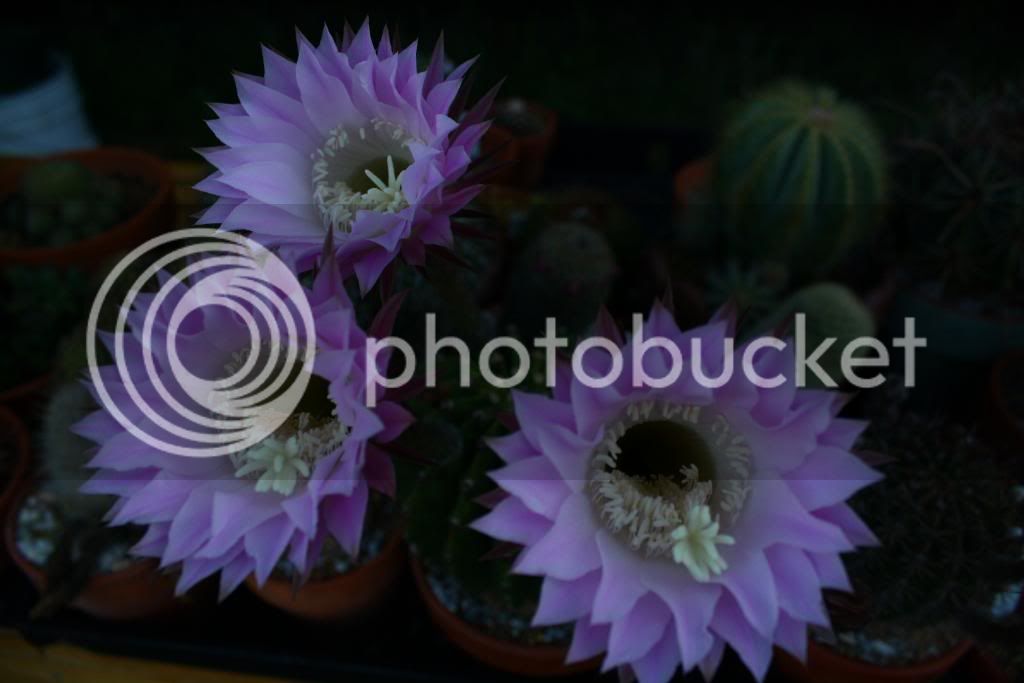 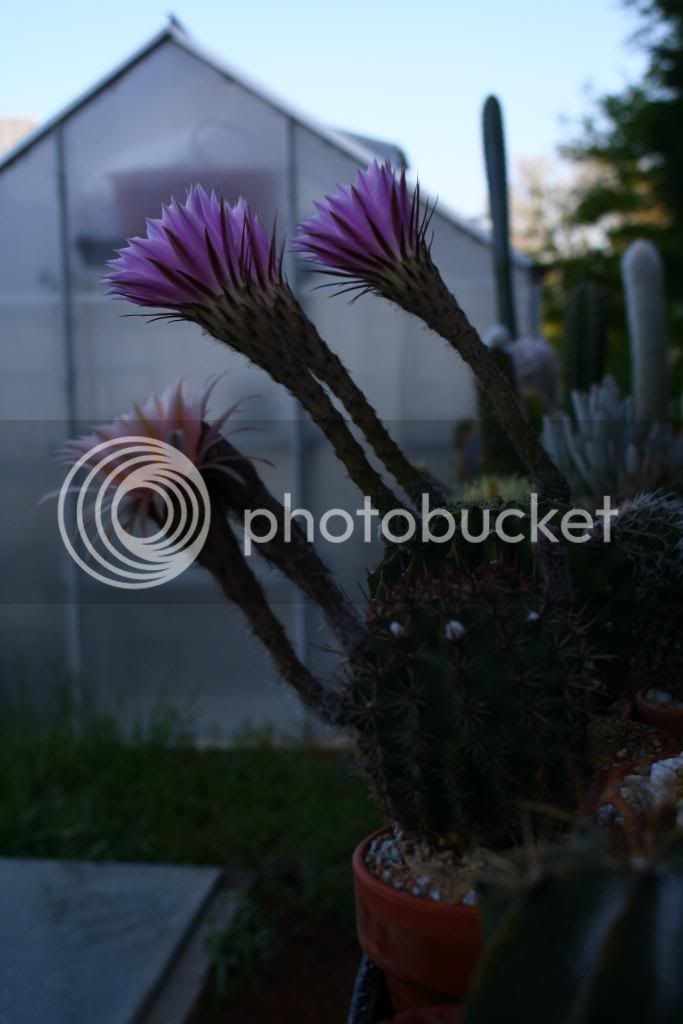 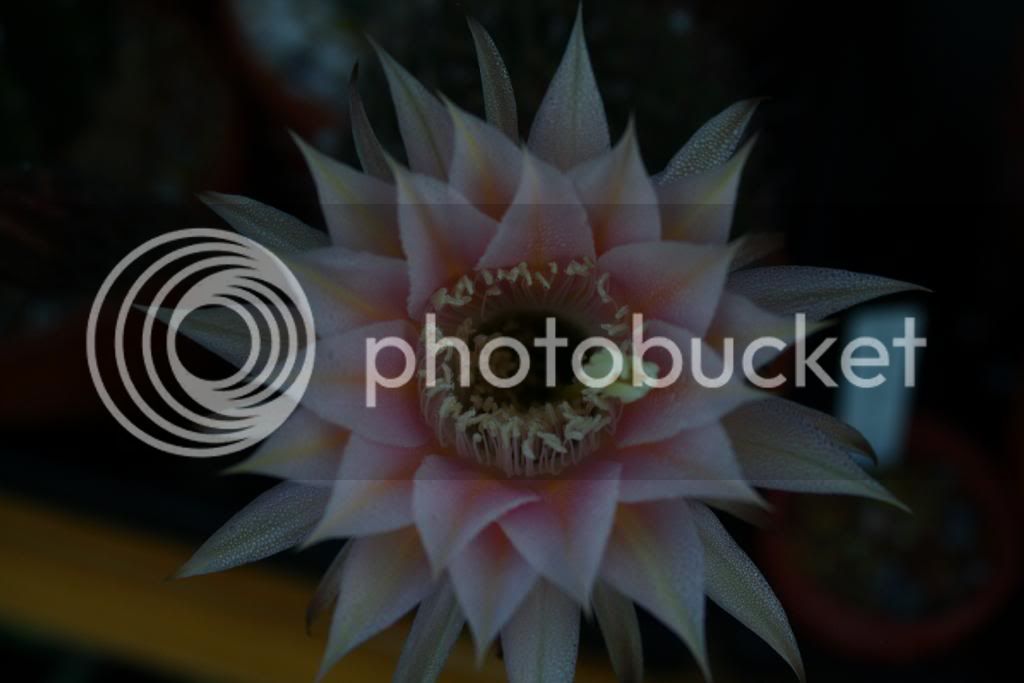 Lophophora seeds of various species can be purchased through Mesa Garden, http://www.mesagarden.com/ I've been to cactus shows where the vendors offered plants of various species. They all look very similar. Those that have the real L. williamsii don't usually advertise that they do. They also will intentionally mislabel it in their collection. Not too many cacti hobbyists grow it for use, but they grow it for show and beauty.

Whimgrinder said:
/me scans the collection for Euphorbia obesa.
Click to expand...

From that distance twould have to be a pretty dang big obesa to be visible. LOL

I know a couple folks with L. williamsii in their collections. Lovely little buggers. As Jerry mentioned, those individuals I know do not advertise that they have such as all you need is some *** breaking into one's greenhouse or home with the intention of getting high.
Last edited: Apr 26, 2014
You must log in or register to reply here.

I guess I'm back?

A
Hello from Colorado