New Growth Points or Something Else

So a few weeks back I spotted some B52 at our local farmer's market, and promptly picked up a plant with multiple offshoots for 20 bucks. When I was dividing it, I accidentally removed the meristem from one group of traps. So far, all of the divided plants are growing nice traps, but the plant without the meristem has been forming structures that I assume are new meristems with leaf primordia. To date, none of these leaves have developed past a very small size, so I wanted to check in and make sure the lack of growth isn't being caused by any sort of pest. Regardless, they look very interesting!
The normal plantlets: 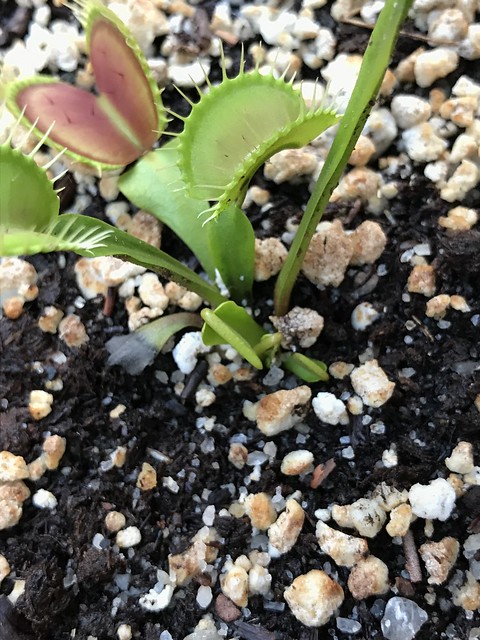 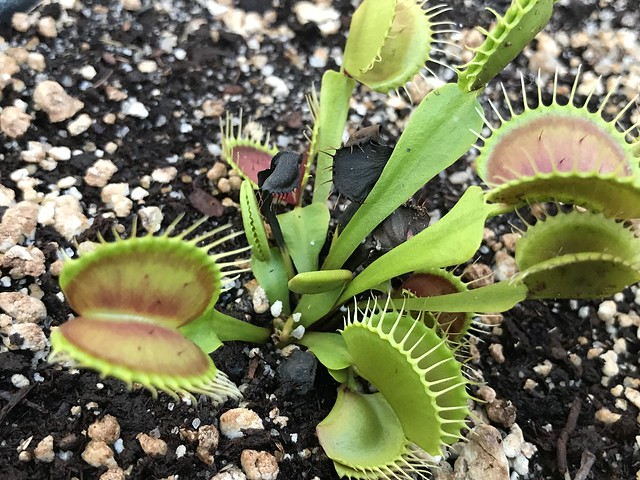 The plant with growth point removed, and new growths (sorry for the grainy zoomed photos): 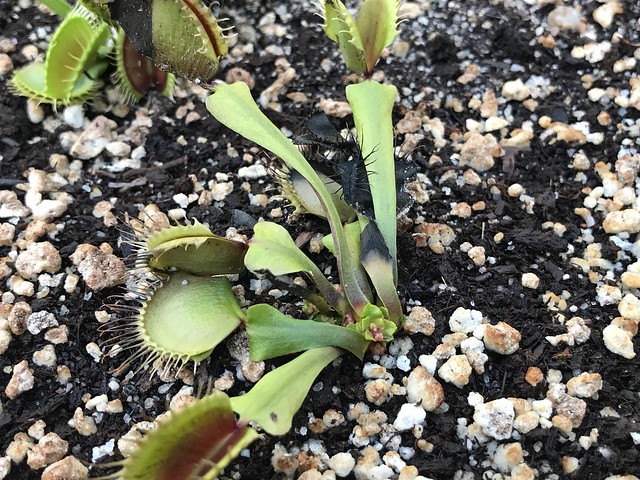 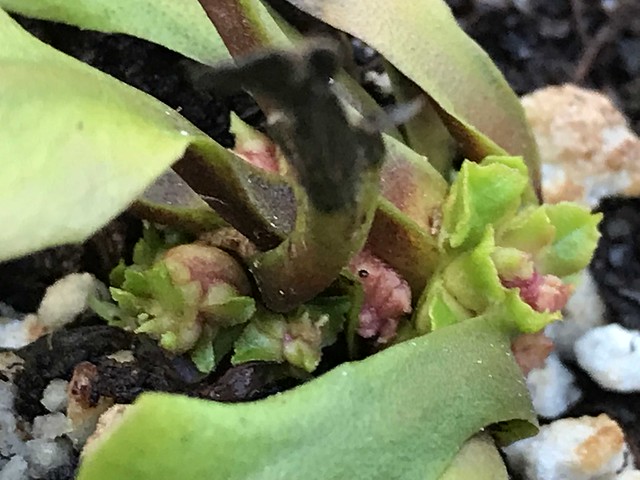 Interesting! I would not say it's a pest, I've done similar things and typically that plants just ends up acting like a bunch of leaf cuttings and ends up being a handful of plants. I don't think I've ever had one do something like that exactly but I wouldn't worry. VFT leaf pullings will end up dying back, but even so just keep treating it like you are and the new plants will keep on going (even if the leaf dies all the way back to the media, I've had plants pop up from the media months later, looks like you're ahead of schedule!).
Andrew

My best guess at this point is that I somehow removed or damaged the meristem in such a way that apical dominance was relieved and lateral meristems are developing at each node, or are forming directly from the rhizome. Either way it should be interesting to see how this plant looks in a month or two!

If a recent purchase it may be a plant experiencing effects from tissue culture hormones, something commonly seen in other TC plants like Nepenthes lines.

hcarlton said:
If a recent purchase it may be a plant experiencing effects from tissue culture hormones, something commonly seen in other TC plants like Nepenthes lines.
Click to expand...

That is a possibility however these plants were relatively large so I think they had been out long enough that any hormone carryover should be negligible at this point. If this was impacting all the plants from the single initial rhizome I would be more inclined to think it could possibly be some sort of somaclonal mutant, but more time should make it clear one way or another. I believe some nepenthes have issues with both types of TC related phenotypes.

You may be surprised how quickly a TC plant can reach maturity, and just how long hormone imbalances may lurk within the plant before presenting physical effects. This is of course only one possible cause, as other reasons are numerous and perhaps equally or more likely, but a reason nonetheless why this could be happening.

Quick update! It appears that most of the small nubs have quickly started to form many shoots with traps, although there are still some that appear to be doing nothing. All of these shoots are rather tiny, but I'll take 'em! 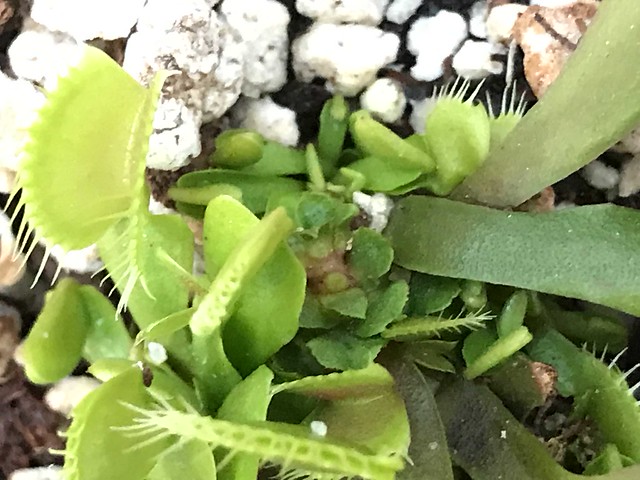 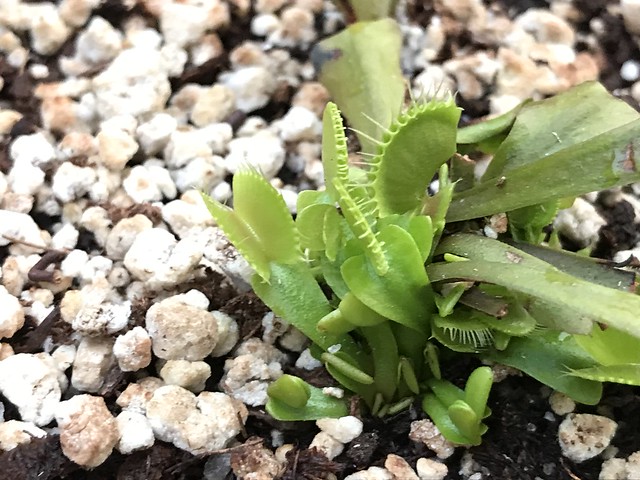 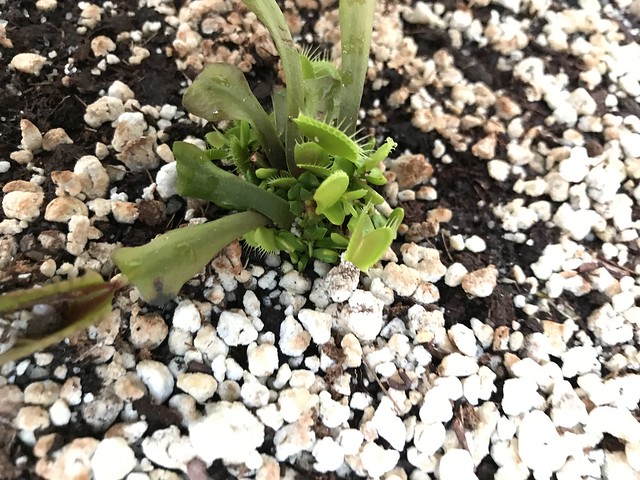 B
For Trade Leah Wilkersons