Looks like it could be antho-free. Maybe luteola or "green tuba"

I am with Pyro. I think it is a purp hetro.

S. leucophylla tube with ants. The ants were not getting catptured, they just seemed to be drinking the water as there is a drought here. 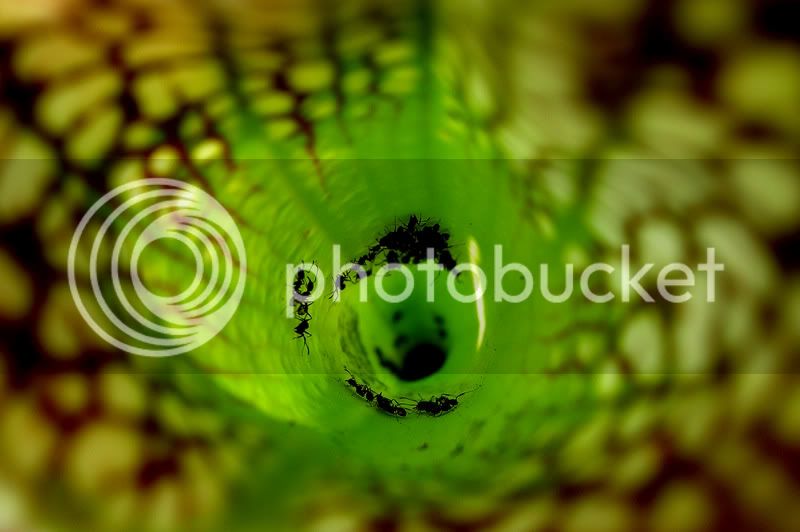 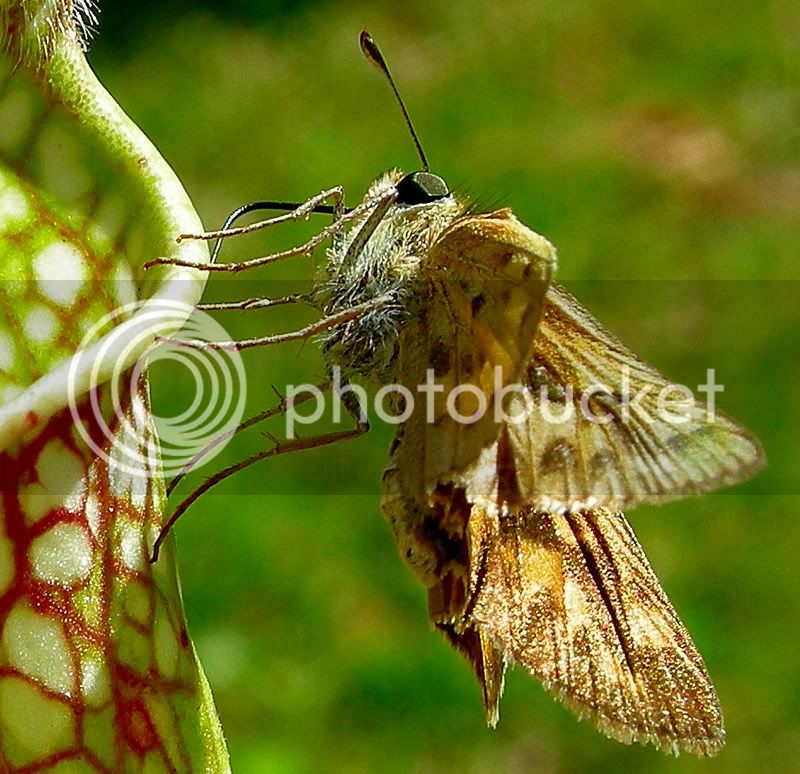 Excellent photo. What lens and camera are you using?

It is recently released Nikon P5000.

Great little digital camera. Too many options to list here.

I am partial to Nikon products. I have a Nikonos V and it took great pics too. Both have TTL(Through The Lens) metering. I think that makes a big difference.

The front half is magnesium alloy. It has manual control, ISO to 3200, 10MP, aperture or shutter priority modes, and possibility to attach different lens and flashes.

Read an online review for more specs. It does too much. 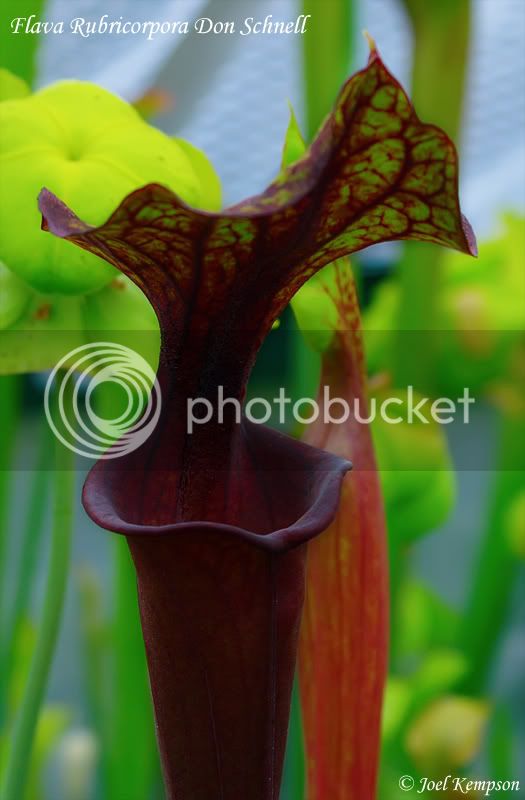 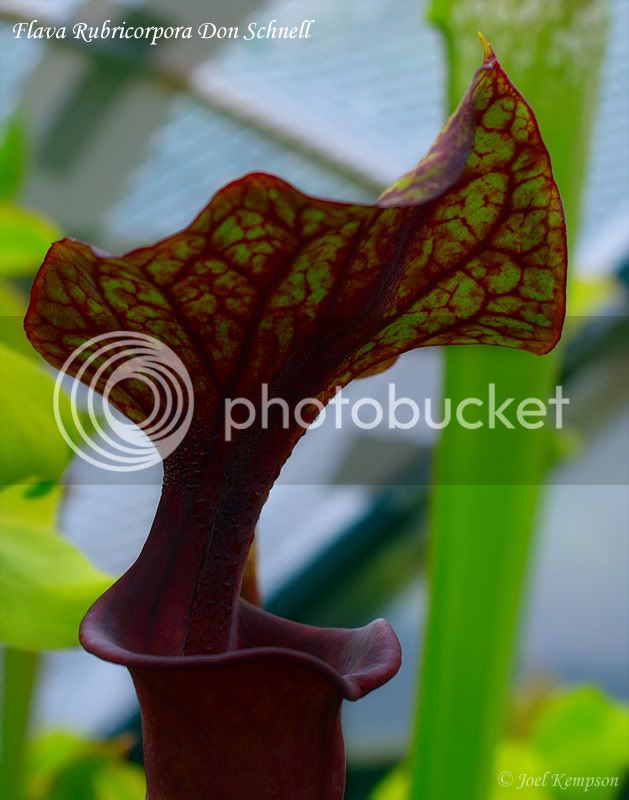 general photos of the collection

Hi guys,
Here are some pictures of the collection taken recently.

WHOA! theres no end!!! hey mike can I have one? Just kidding

where does everyone get their Leah Wickersons from?
I love that cultivar hybrid but I have no idea where to get them from.
if someone has any info could they PM me? 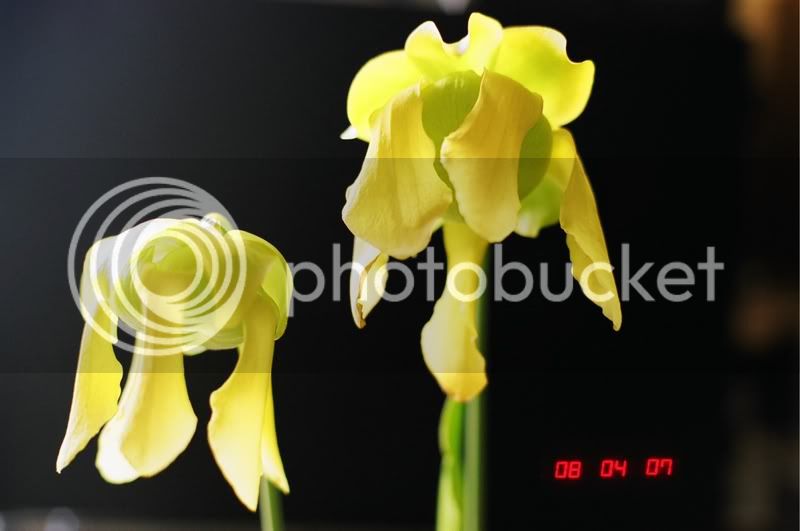 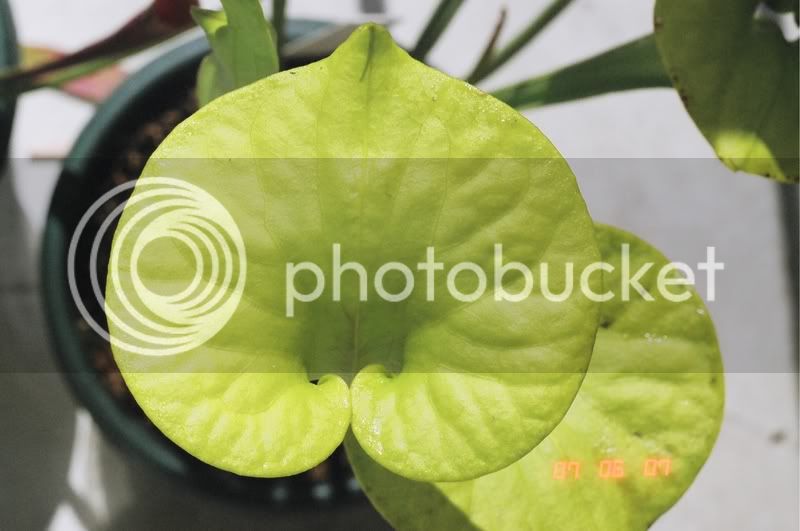 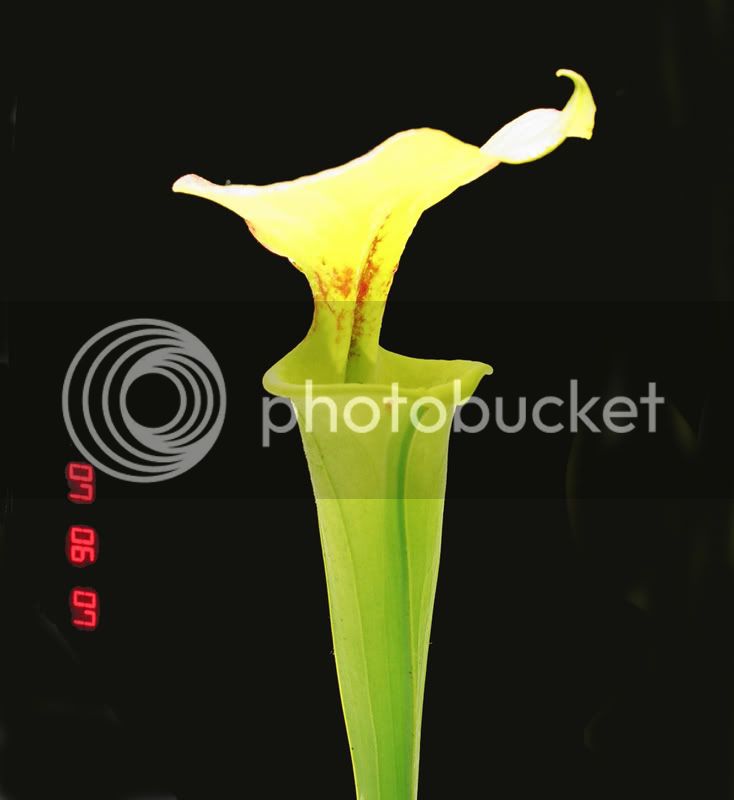 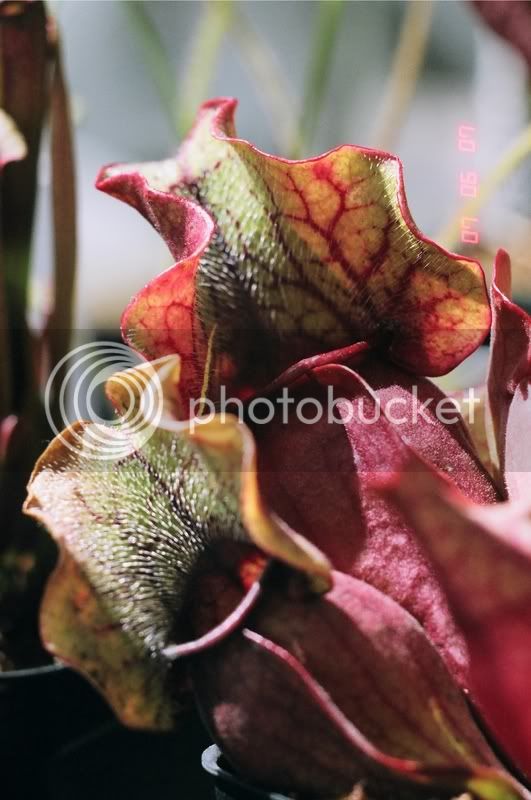 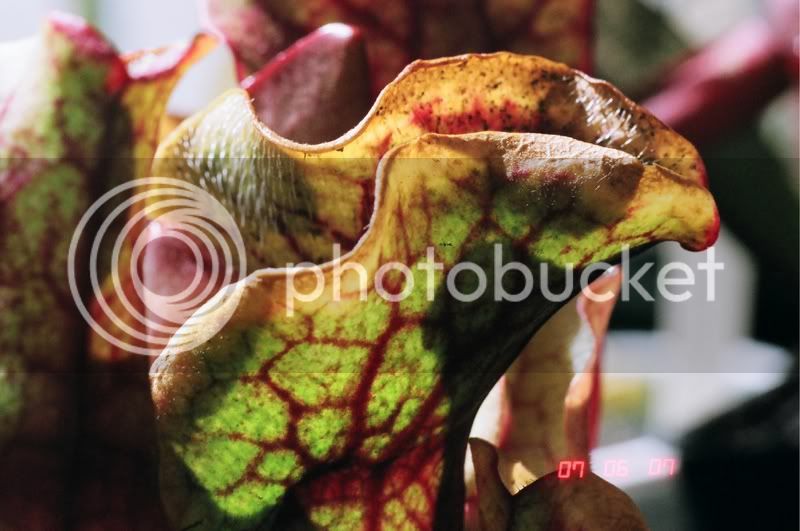 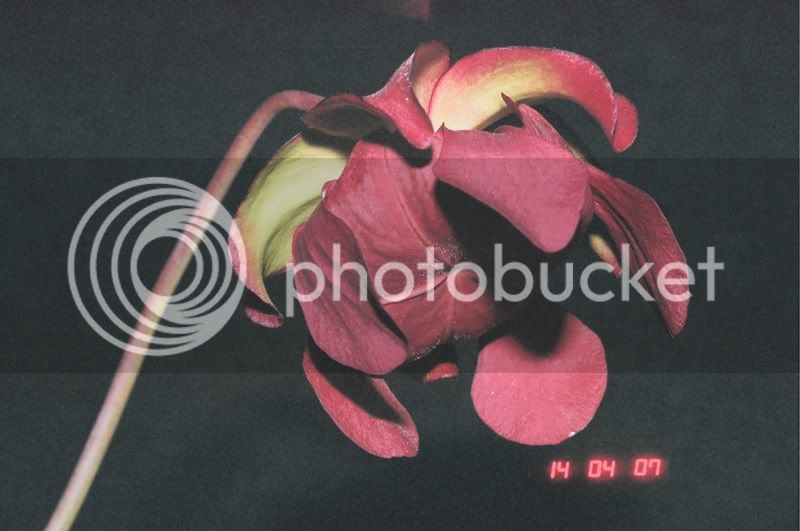 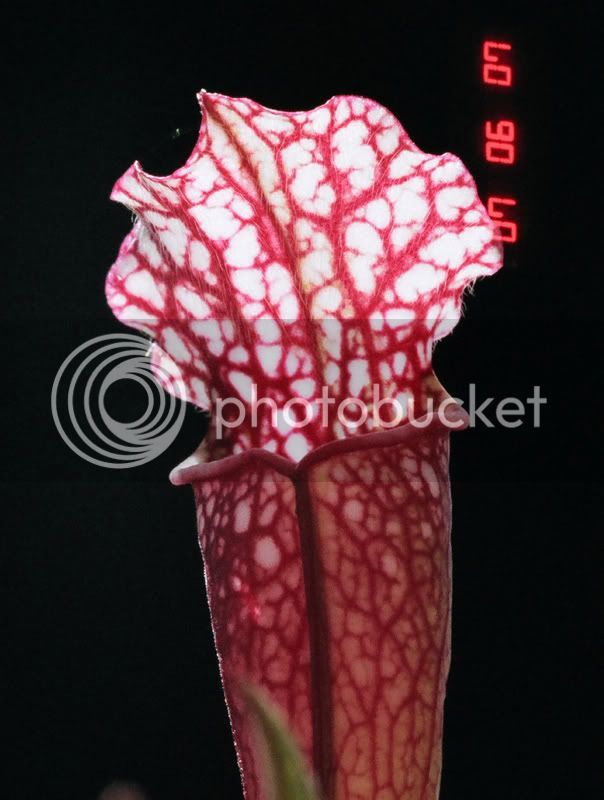 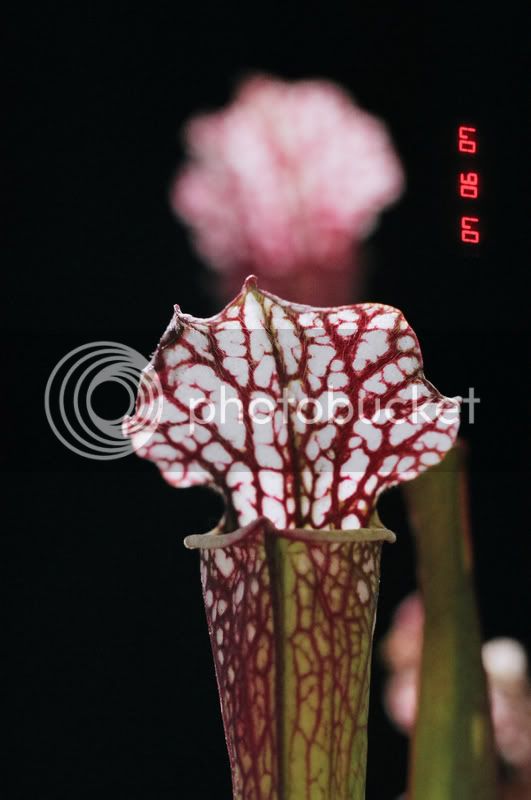 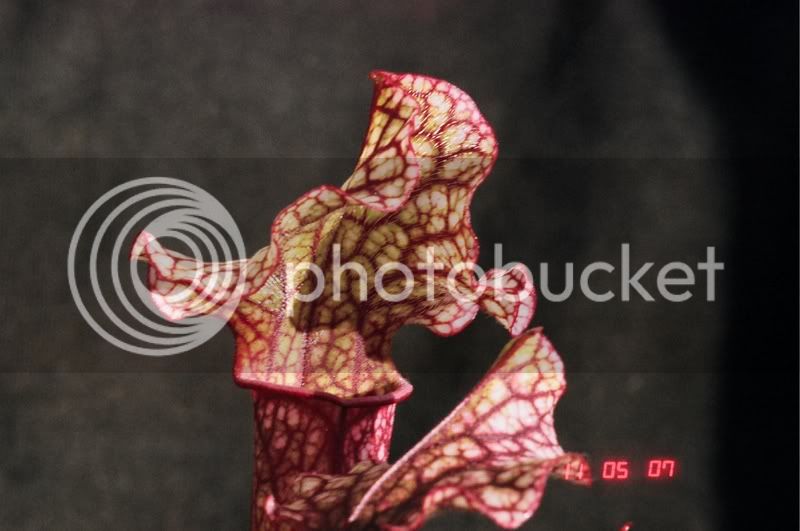 I finally got the time to take some pics of my bogs, it took a little while!! OK, I have 5 bogs. There are over 300 clones of Sarracenia, 70 or so clones of VFTs, and some Pings and Drosera mixed in. The 4 bogs on the outside are 4' x 12' x 10" deep and 16" deep in a couple of areas. The bog in the middle is 3' x 12' x 10" and about 12" deep in one area. They still aren't quite finished. My wife wants to put something like stones around them to make them "Pretty", but it doesn't bother me. If anyone has an idea on what to put around them that isn't too expensive, I would love some ideas. Here are the pics!

All of the Bogs Middle Bog... As you can see, there is still room in this bog if anyone would like to make a donation!!! Or a trade would be good! 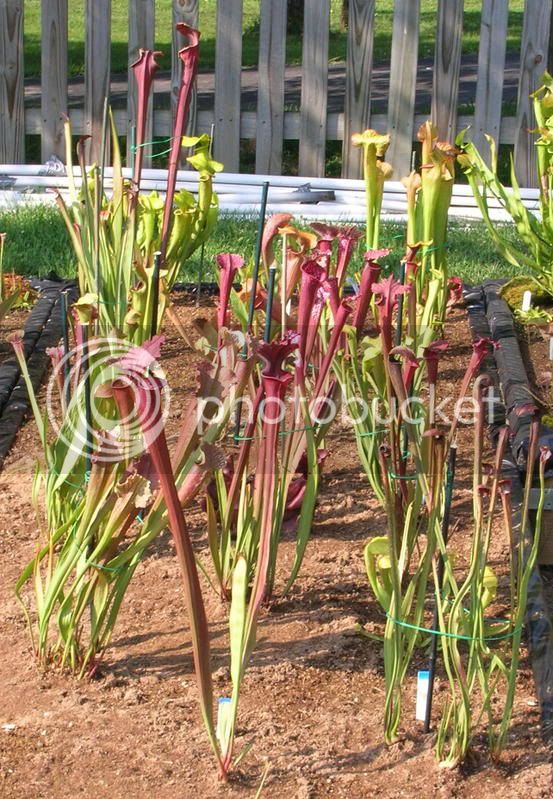 This part I call the "Wilkerson Bog". This is a bunch of plants that I got from Brooks that came from the Wilkerson Bog!! 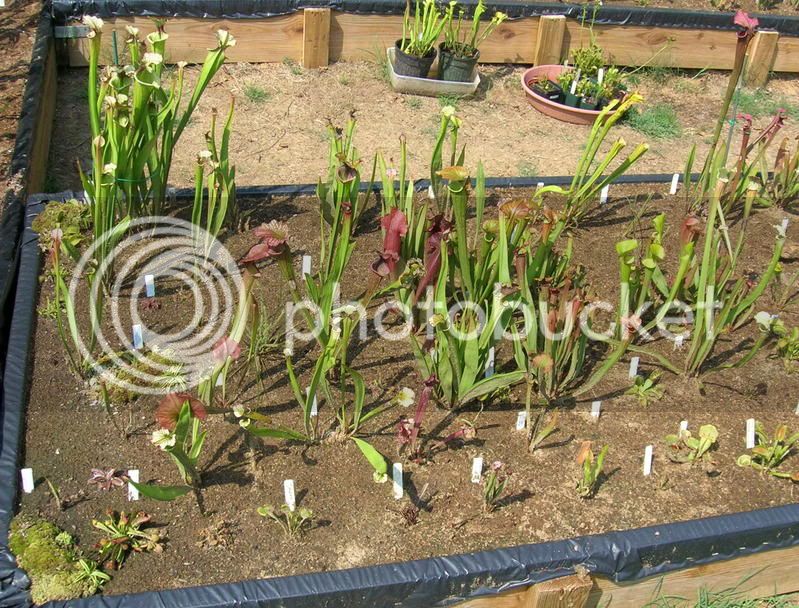 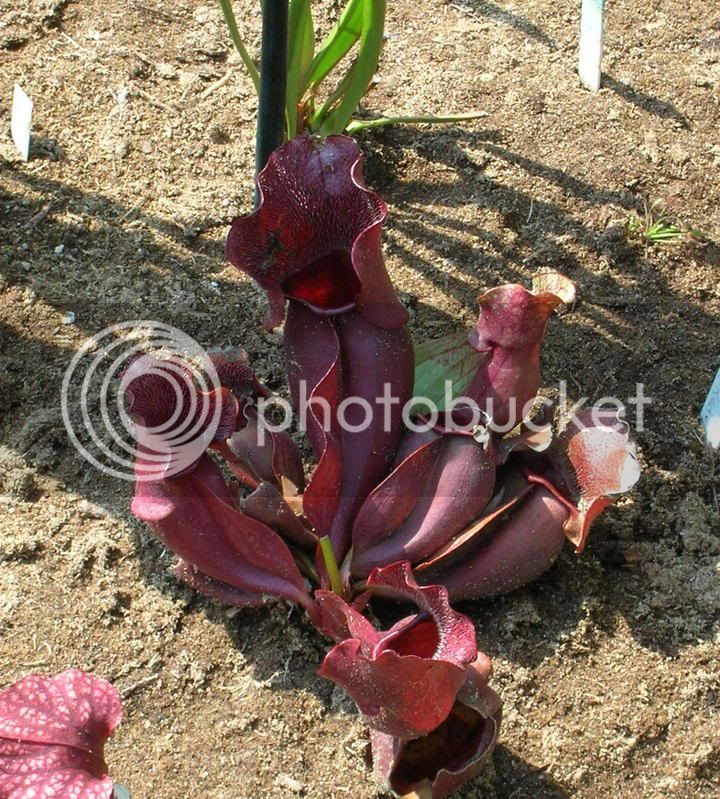 Something cool is I have Darlingtonia growing in one of the bogs that receives shade in the middle of the day. One of them sent off a runner, I think they are happy!

My favorite Catesbaei, sorry for the dirt on the pitchers. We had some pretty good rain and it splattered some peat on them. bucky78 said:
I finally got the time to take some pics of my bogs,
Click to expand...

All that dirt is disgraceful! You need to get out there and wash that mess off those plants. LOL.(as if you have nothing better to do)
You must log in or register to reply here.

U
Mealybugs on Sarracenia - will they drown?