In January, my Utricularia chrysantha began to flower. However, since the container I was growing them in was too short, the flowers hit the lid and began growing sideways without flowering. In March, I transplanted them to a much taller container and the stalks began to grow upright. They still did not flower though, probably because I was putting them outside at night where it was 50 to 60 degrees. A few weeks ago, I noticed that there were aphids in the container because I had tried to feed them to a Drosera. So I soaked all the Utricularia from the container in water for 2 days and cut off the flower stalks because there were aphids on them. I also changed most of the soil.

Yesterday I noticed that new flower stalks were beginning to grow from the ones I had cut. I have never seen this before, so I just wanted to share it here. I hope that this time I will be able to see some flowers. By the way, I also did the same thing to Utricularia calycifida but the flower stalks don't appear to be regrowing. That plant successfully flowered though.

Cool!
I've definitely seen something like this happen to my plants too. G. hispidula and U. calycifida both do this pretty regularly for me, and I think I've seen it once on U. pubescens. Sometimes they'll abort the main stalk and then grow another out the side which develops normally.
Last edited: May 23, 2015

What are the spoon shaped leaves mixed in there, U.tridentata ?

Cthulhu138 said:
What are the spoon shaped leaves mixed in there, U.tridentata ?
Click to expand...

My guess would be tricolor

NatchGreyes said:
My guess would be tricolor
Click to expand...

Yeah it's tricolor. I wish I had tridentata. The ones in the foreground are Utricularia calycifida. That's really interesting w03! I think cutting the stalks was what stimulated the flower stalks to regrow, since the shorter ones that I didn't trim have not regrown.

Yeah, the flower stalks are rather thick. There are probably clones with thicker ones though. And they are over a foot tall, too.
T

This isn't the same plant, but Utricularia chrysantha flowered for me today so I thought I would post pictures here.

You can see how the lower corolla has expanded since last night, when the flower first opened. I thought it was bifida at first (the two flowers below it) but then I realized it was chrysantha. The stalk is less than 6 inches high, which is the shortest stalk I have ever seen produce a flower.

Those are very beautiful flowers. I'll have to add chrysantha to my want list. 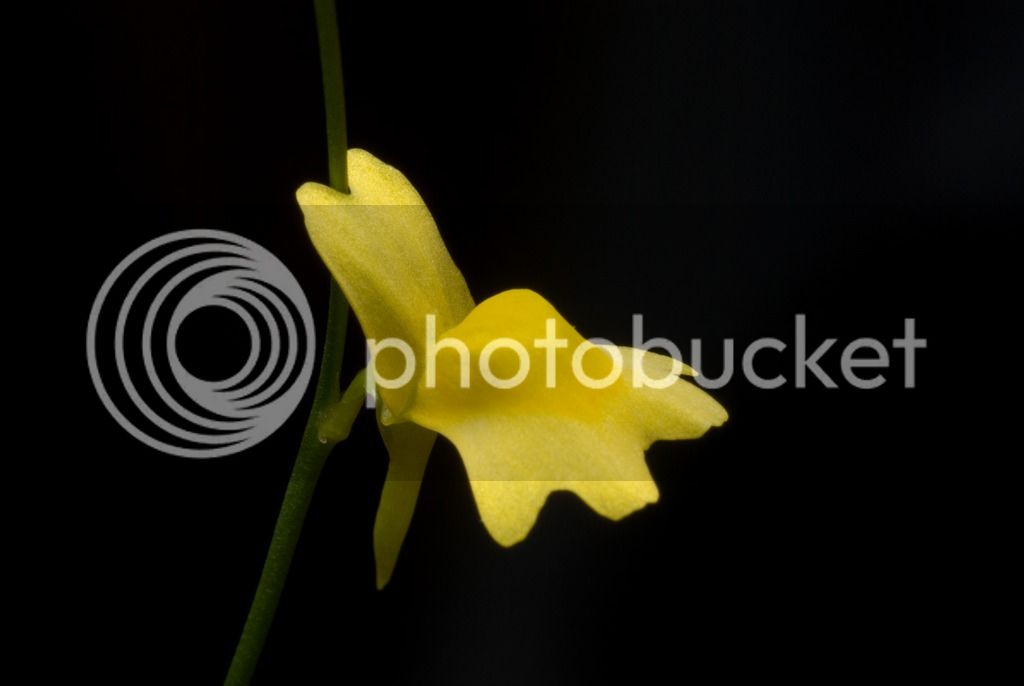 Wow that's so vivid and pretty! Thanks for sharing

Beautiful. One of my favorite utrics.

Here's to hoping.....
You must log in or register to reply here.