Drosera venusta, received it from a giveaway.

Thanks!! Regardless, I'm super happy because I thought this plant was going to die. 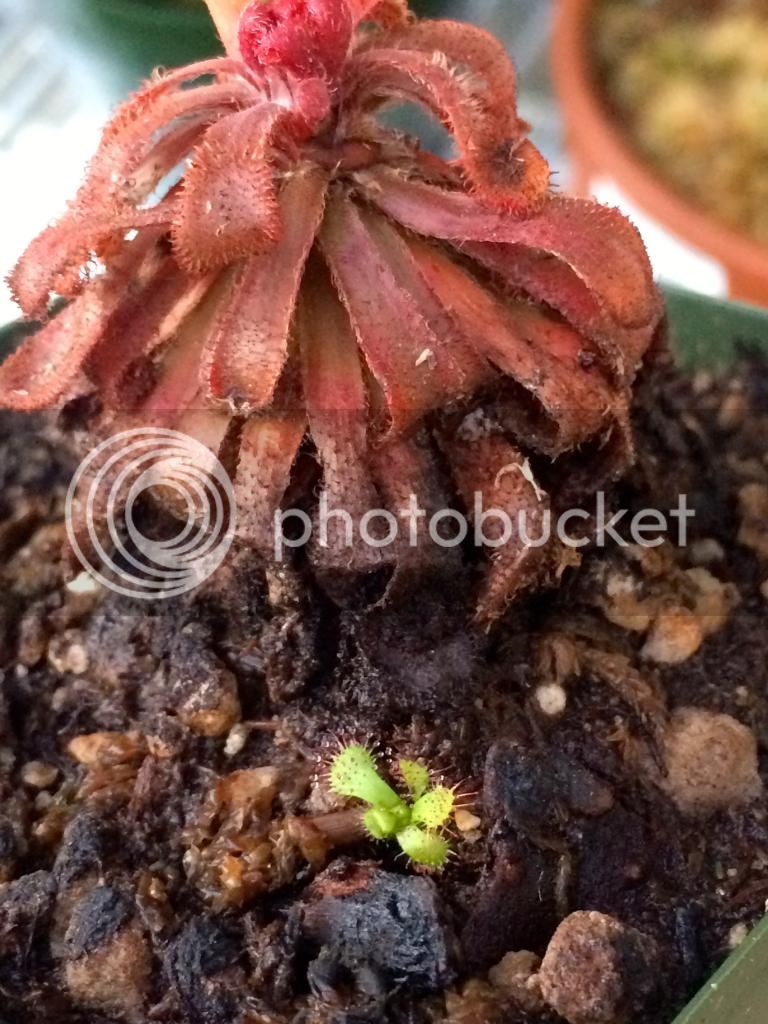 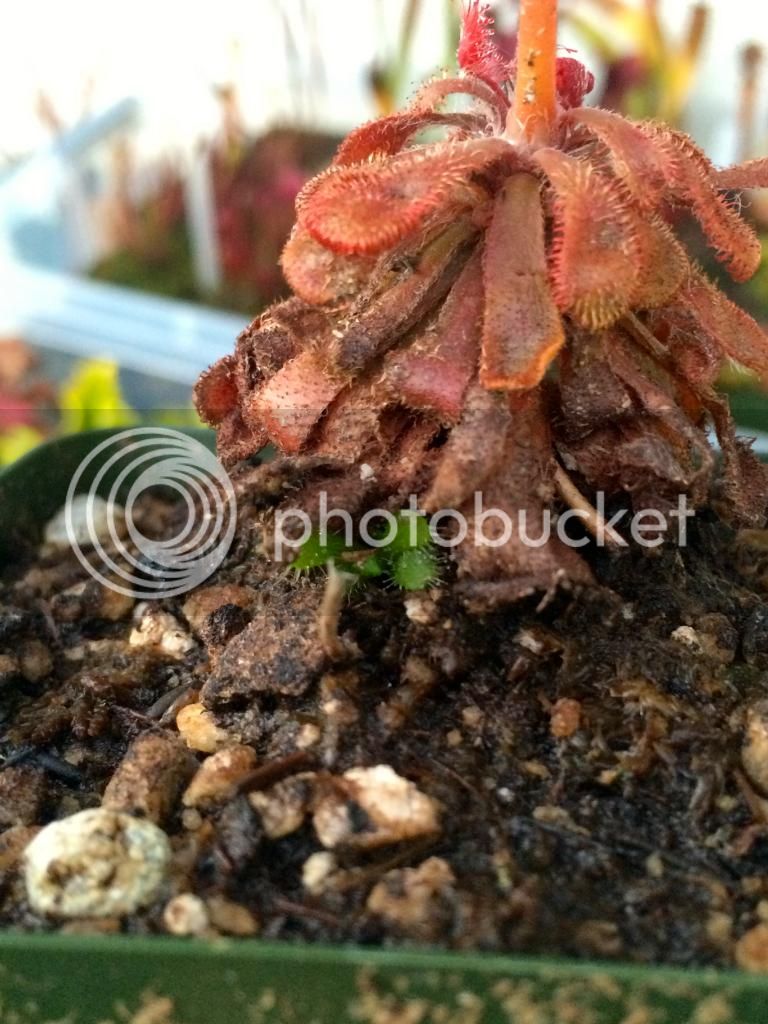 It certainly appears to be, that they are originating from the thick, succulent roots of that species. This can often be the case, when the main growing point of a Drosera plant is stressed/damaged. Especially the many species that are normally capable of being propagated in this way. The easiest to do this with are those with the thick, succulent roots, though, several species with thinner, wiry roots, can also be propagated this way, such as Drosera spatulata.

I have a D. venusta, 2 in fact, that keep doing the same thing. When I got my first is was gorgeous and stayed that way for a few months. Then the plant started to decline and I thought it was a goner. I left it where it was growing and it sprouted new growth points near the soil line. The new growth points would get about the size of the original and then decline the same way in about the same amount of time. It did this for several cycles over the course of a year or two and then it seemed like the whole top rotted and I was sure it was dead. I dug up the area, after a few months of waiting to be sure, and noticed that there was still white in the roots after all that time so I cut them in half and put them in a planter I didn't care too much about just below the surface of the peat and sure enough a few months later they sprouted.

Now after about a year or so since replanting the roots I have 2 plants that keep doing the same thing. They sprout and produce a beautiful dewy plant about the size of a ping pong ball and then mysteriously decline until it is a crusty dried rosette only to resprout later from under the dead leaves. Not sure what I'm doing wrong.

But my message is this: Be patient! Hopefully yours will not continue the cycle of pouting and regrowth like mine seems to be stuck in, but know that even if it seems dead don't believe it.

thanks everyone, esp shortbus. Your experience match mine exactly. I am really excited about the new growth points. My fav part about this plant sign of degradation juxtaposed with new growth. It's really beautiful. Also, is it self-pollinating ?

ps3isawesome said:
Also, is it self-pollinating ?
Click to expand...

Yes, they will self-pollinate on their own, but they will have a far better seed set if you pollinate the flowers artificially.

I had a similar experience with my D. venusta. It flowered and seemed to die back to the roots when out of the dead plant about 20 small plants sprouted and for every leaf that was semi covered in peat two more plants would grow from that. I have so many little D. venusta plants now that I can't keep up

Last edited by a moderator: Dec 9, 2014
You must log in or register to reply here.

Saturday at 8:56 AM
VinylSock
V
C
I just bought this fragile Drosera, help me resurrect it pls :D